Dr Roger Newport is a world-leading expert in the field of multisensory integration and body illusions. His focus is how the manipulation of sensory input – particularly vision, touch and position sense – can provide insight to how the brain creates and maintains a mental image of the body. His work has applications across several complementary disciplines – including psychology, neuroscience and medicine – and has the potential for interventions across a range of clinical disorders. Illusions created using his MIRAGE technology led to him win Best Illusion of the Year 2012.

Illusions – a route to understanding healthy and unhealthy body representations

We experience our body via sensory information combined with our knowledge about how our body should look and feel. Most of us have stable and reasonably accurate body representations – but by manipulating sensory input, we can encourage the brain to perceive and experience the body in a completely different way. Such illusions facilitate studies to understand healthy and unhealthy experiences of the body and have the potential to treat some clinical conditions. Roger’s cutting-edge work is creating and supporting innovative global studies and applications to alleviate chronic and persistent pain.

“There is increasing evidence that drug-free illusion therapies can be beneficial for the amelioration of chronic pain, particularly so for conditions in which some of the pain is thought to have a cortical origin.”

I am fascinated by how our senses help us to understand our own and other people’s bodies and how easily we can change the perception of our own body by giving the brain different sensory information. We don’t trick the brain – we harness the way the brain makes sense of the body all the time.

How our body feels to us is a fundamental part of what makes us who we are. Understanding how that works, and how it can go wrong, is important for health and wellbeing, but being able to demonstrate that through illusions also helps others to understand that our body might not always feel the same way that it looks.

My research explores the perception of ourselves: what makes us feel like us – owning our body and being in control of it – with a focus on how we put together sensory and motor signals (sensorimotor processing) in healthy and disordered mental representations of the body.

In 1996, I began to investigate how the processes of combining the visual information, position sense and motor commands that control hand action were impaired following stroke and cortical degeneration – and made some novel insights into motor learning and adaption in people with brain injuries.

This work contributed to new models of visuospatial brain function in healthy and damaged brains. As part of this work, I invented and developed a ground-breaking technique for studying the sensorimotor contributions to healthy and disordered body representations.

Initially, this new technique lent itself to creating novel body illusions – illusions that make your body feel different to how it really is. These are a lot of fun!

Later, these techniques led to the investigation of sensorimotor differences and rehabilitation methods in a range of clinical disorders – including people with persistent or chronic pain and in neurodiverse populations. We also use this research to study the development and maintenance of healthy body representation across the lifespan – from babies to older adults.

In 2010, quite by chance, my colleagues and I discovered that a simple illusion might significantly reduce – and in some cases temporarily remove – arthritic pain in the hand.

During a follow-up trial with arthritis suffers, we used my MIRAGE mediated reality (MeR) system to give volunteers the perception that the painful parts of their hands were being stretched or shrunk.

We were heartened to see that 85% of them reported significant pain reduction. Is this a window into pain management without drugs? Time will tell…

My work has attracted international attention and I’ve been privileged to work with world-leading researchers and institutes world-wide – particularly in Australia, the Netherlands and the UK.

Together, we have made some truly excellent progress in our understanding of body representations in complex regional pain syndrome, osteoarthritis, autism and brain damage. There are also plans to apply this research to other conditions such as eating disorders and rehabilitation from traumatic injury.

I am currently in the early stages of a two-year study with my Australian collaborators – taking technological advances to the clinical coal-face to reduce knee osteoarthritis pain and improve exercise engagement by adapting our lab-based equipment for use in the clinic.

Over the years, I’ve been involved in numerous public engagement events – the British Science Festival, Cheltenham Science Festivals and Royal Institution to name but a few – which are a lot of fun and I thoroughly enjoy.

These events are important, giving people the opportunity to experience and learn about cutting-edge science, and ask us the questions we haven’t thought of – the questions that make the science meaningful to them.

My illusion device, MIRAGE, has been taken on tour – in the UK and across Australia – as a tool to educate people about pain, and it has seen time in exhibitions at Adelaide’s Museum of Discovery, the Oxford University Museum of Natural History and Newcastle’s Centre for Life.

I studied Psychology at the University of Wales in Bangor as a mature student. I found I had an aptitude for the study of human movement.

My undergraduate project – exploring how we control our movements for everyday actions, like picking up a cup of tea – led to my taking a role at the Rivermead Rehabilitation Centre in Oxford to develop ways of measuring how the control of these movements can go wrong following brain damage.

I worked there as a Research Psychologist for a year, creating a low-cost motion tracking device for use in clinical settings. The skills and experiences I gained led to my return to Bangor University as a Research Assistant to investigate how sensory information is processed in people with brain damage when they try to interact with objects in the real world.

During my time there, I also undertook a PhD in the sensorimotor control of hand action following stroke. After completing my PhD, in 2001, I secured a Research Associate role at The University of Nottingham before being appointed as a Lecturer in 2003 and then Associate Professor.

It was during this time that I invented the MIRAGE multisensory illusions system and observed its potential for analgesia, as well as for measuring the efficiency of sensory integration in different populations. These discoveries have steered my research ever since, although I have never lost the wonder of how much fun body illusions can be.

In 2017, I took up my current role at Loughborough. I am excited to be involved in the research being conducted with the NRC. I would like to use my research to spread the message about body representations and how they can affect people’s health – even though we can’t see what other people feel. 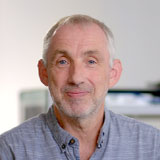 Lifestyle for health and wellbeing

Our aim is to improve health and wellbeing by considering the social, behavioural, nutritional and biological determinants and consequences of various lifestyles.

The Centre will transform outcomes for people who have suffered potentially life-changing injury, trauma or illness.

Find out more about Roger’s public engagement activity with mind-bending body illusions – permanent and pop-up exhibits for science festivals as well as fun experiments to try at home and in the classroom.