Lecturer and British Academy Postdoctoral Fellow, Dr Josh Milburn is a moral and political philosopher. His area of interest is animal ethics, with expertise in what animal rights mean for food and food systems. He is also known for his work about wild animals, animals and warfare, and animals and hate speech. His research asks whether we should – and how we could – include animals in our moral, legal, and political structures.

Zoopolitics – animal rights are a matter of justice

Animal rights are generally considered moral principles, but increasingly there are calls to make the protection of animals a political issue. Josh’s work explores human-animal relationships from this standpoint and champions the move to view animal rights not just as moral, humane, or virtuous, but as a legal necessity – a matter of justice.

The Animals and Society Institute

I’d like us to live in a world where we fully respect animals’ rights. But I acknowledge that, for many people, this is a challenging belief, as it seems to entail giving up many of the benefits we get from animals. My work asks if there are ways we could make this belief less challenging.

Eating meat and other animal products is perhaps the most conspicuous way we impact animals. It’s something that I’ve given a lot of time to.

I’ve concluded that we need to change how we produce food. But my argument isn’t necessarily one you might automatically associate with a vegan. Although animal agriculture as we know it must come to an end if we are to respect animals’ rights, there might be ways that we can have our cow (or chicken, fish, pig, or sheep) and eat them too.

To this end, my work explores a range of approaches to food production – digging deep into the ethical and political puzzles they raise. This includes alternative sources of animal protein, such as ‘cultivated’ meat and other forms of ‘cellular agriculture’, as well as invertebrate protein. I also argue that animals could make up part of the labour force – with full workers’ rights.

These possibilities offer a chance for a food system that will work for everyone – providing sustainable, respectful food (including animal protein), a healthy planet and population, good jobs, and so on – all with a commitment to animals’ rights.

Another area that I’m passionate about is the impact of war on animals. War is harmful to all animals – both human and non-human. But the cost to the latter is routinely overlooked.

Most obviously, free-living animal populations in conflict zones are decimated; domesticated animals, including pets, are abandoned or slaughtered; and others suffer through military use, including R&D.

With colleagues, I’ve been exploring ways in which concern for animals can be included within the just war criteria. By including non-humans in proportionality and necessity assessments, the just war approach could become animal-inclusive, and, thus, more humane.

Now, this doesn’t mean – despite what some tabloids would have you believe – that I think that the law should protect animals from hate speech. I think that’s an open question. But it does mean that proponents of hate speech legislation have some difficult questions to answer.

As animals – and their rights – are taken more seriously within mainstream political, ethical, and legal conversations, questions like these will become increasingly common, calling on us to reconsider our thinking and behaviour in all sorts of unexpected ways.

I hope that my work supports the argument in favour of animal rights while highlighting that respect for non-humans is not detrimental to humans – but indeed enriches us all.

I encountered philosophy as a child and found it liberating – it allowed me to ask questions and explore ideas that were normally off-limits. Gradually, as I began to read more widely, I came to understand and welcome the emphasis philosophy places on argument, reason, and discussion.

Crucially for the direction of my research (not to mention my life), I read a lot about animal ethics, including Peter Singer’s work. His arguments inspired me to become a vegetarian and then a vegan – a common outcome for many who delve into this area.

So, no one was particularly surprised by my UCAS decision – I joined Lancaster University to study Philosophy as an undergraduate and then as a Master’s student. It was during my MA that I first came across animal ethics as a branch of political, rather than moral, philosophy. This was another milestone moment for me.

In 2013, I moved to Queen’s University Belfast to start my PhD. My research – funded by the Department for Employment and Learning – gave me the opportunity to work with the ethicists David Archard and Jeremy Watkins, and explore more fully the ‘political turn’ in animal ethics that I first encountered at Lancaster.

After my PhD, I moved slightly further afield, having secured a year-long Postdoctoral Fellowship in Animal Studies at Queen’s University (in Ontario, Canada). Living in Kingston – Canada’s historical capital – was a wonderful experience, though it now feels like a lifetime ago.

In Canada, I worked with Sue Donaldson and Will Kymlicka. They are the authors of 2011’s Zoopolis – the book that brought the political turn in animal ethics to a broad audience. I worked on a project exploring overlooked ethical questions about feeding animals. Just Fodder: The Ethics of Feeding Animals – my book based on this project – was published in 2022 by McGill-Queen’s University Press.

In 2017, I returned to the UK and joined the University of York’s Department of Politics as an Associate Lecturer. Two years later, I was delighted to be awarded a British Academy Postdoctoral Fellowship that took me to the University of Sheffield. Here, I worked with Alasdair Cochrane, co-writing on hate speech and exploring questions about the ethics of eating and the politics of food systems. My book-length study of these issues – Food, Justice, and Animals: Feeding the World Respectfully – will be published in 2023 by Oxford University Press.

Which just about brings me up to date, and my role as a Lecturer at Loughborough – and ongoing British Academy Postdoctoral Fellowship.

Traditionally, there haven’t been philosophers at Loughborough – but, recently, the University founded a Politics, Philosophy, and Economics (PPE) undergraduate programme. My work sits between Politics and Philosophy. And I’ve always loved working with PPE students – my belief is that a PPE degree is more than the sum of its parts. The opportunity to join a high-flying university and help shape a new PPE programme seemed too good to pass up.

Alongside my research and lecturing, I’m a member of The Vegan Society’s Research Advisory Committee. We provide the Society with specialist advice, supporting its research and campaign activities by ensuring academic rigour. And, since 2020, I’ve hosted the animal studies podcast Knowing Animals – founded by Siobhan O’Sullivan in 2015.

Looking forward, I see myself continuing to explore issues around animals and food. I want to develop the ideas presented in my recently published and upcoming books, and I’ll also continue to advance my ideas around the impacts of war on animals, and where animals fit into political philosophy. Currently, for example, I’m thinking about the libertarian philosopher Robert Nozick’s take on animal rights.

More broadly, I’d like to see discussions about animals become more mainstream in both academic and real-world politics. So, I see myself developing practical proposals for how to make political and legal systems more animal-friendly – for example, by transforming food production, changing the norms of warfare, and advocating new ways to relate to free-living animals. 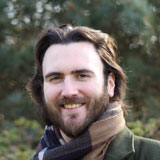 Read more about Josh, his research and publications by visiting his website.