Dr Dominic Willmott is a Chartered Psychologist whose research examines bias within the Criminal Justice System (CJS). His work focuses on jury decision-making within rape trials in an attempt to measure and reduce problematic attitudes – called rape myths – which underlie gender-based violence worldwide. He is a research advisor to the Victim Commissioner for England and Wales, Dame Vera Baird, and a trustee for Justice is Now – a charity tackling the use of rape myths in the CJS.

According to Rape Crisis, the number of reported rape cases is rising, but charge and conviction rates remain extremely low. What’s more, most people who are raped don’t report. One reason they remain silent is the belief that the authorities cannot or will not help. In fact, Home Office figures suggest that only one in 70 complaints made to the police result in a charge, let alone a conviction. Dominic’s work is supporting efforts to change this bleak situation and improve the CJS’s record on rape cases.

“Myths about rape, sexual assault, sexual abuse and other forms of sexual violence hold a lot of power in our society. And that's dangerous because these myths do serious harm.”

Over the years, my research has tackled several social issues including gender-based violence, child abuse and neglect, offending identities and psychopathology.

My main focus today examines the role of bias in the courtroom, and I’m particularly interested in jury decision-making in rape cases.

I believe that psychology can be used to better understand and tackle rape and rape myths to ensure that the beliefs and stereotypes currently endemic throughout society and in the Criminal Justice System are eradicated.

So, what are rape myths?

They’re false beliefs – stereotypes about sexual assault, rapists and victims. They often excuse sexual violence and place the responsibility for the crime on the victim rather than the perpetrator, giving rise to feelings of shame, self-blame and guilt – making it hard for the victim to seek support.

The myths are wide-ranging and generally focus on the person raped – spanning how they dress; where they go, when and with whom; whether or not they said no or tried to defend themself. The myths also hide the fact that most victims know their attacker and may even be in a relationship with them.

My PhD gave me the opportunity to start exploring the prevalence and impact of rape myths in the courtroom when a rape case is being tried.

Supported by barristers, specialist police investigators and a serving trial judge, my team and I were granted permission to use a real crown court in one of our studies. Working with actors and legal personnel, we reconstructed a genuine rape case.

We invited mock jurors from the electoral register – using the same selection process adopted for real trials – but let them know it was a research initiative. They each completed psychological tests pre-trial to determine the extent to which they held incorrect or problematic beliefs concerning sexual violence.

What we discovered was shocking – rape myth beliefs were the only consistent predictor of verdict outcomes – meaning that jurors who score high in rape myth acceptance (in other words, they endorse falsehoods surrounding rape and to a greater extent) were significantly more likely to return a not guilty verdict than those who score low in such inaccurate beliefs.

And, the results were the same each time we repeated the research scenario. In fact, across a number of different studies – including more than 1,000 mock juror participants – rape myth beliefs predicted how jurors vote within mock rape trials – with greater endorsement leading to not guilty verdict decisions.

Our research wasn’t the first to highlight this situation, but our approach is ensuring that such findings are finally being taken more seriously by policy makers and justice practitioners. Ensuring that our recommendations are actioned is proving trickier.

Like racist attitudes, those around rape tend to sit below conscious awareness and so it is unlikely that they can simply be put to one side on the orders of a judge. Using validated psychometric measurement tools to reassign jurors who score high on the AMMSA Scale to non-rape cases would start to address the issue – taking rape myth acceptance out of the courtroom so that a fairer trial can go ahead.

Alongside this work around jury decision-making in rape trials, I’m addressing the myths around male rape. One in 20 men have experienced rape or sexual assault as an adult – and the numbers are equally horrifying for boys. I want to explore and understand public perceptions of male survivors of sexual violence.

The application of psychology to crime has always interested me.

I grew up in Nottingham at a time when organised crime was citywide. Wanting to understand why people commit certain types of crime and how the Criminal Justice System deals with offenders and victims, I decided to study A-Level Psychology – and was immediately hooked.

I joined the University of Huddersfield as an undergraduate in 2008 – graduating with a First in Psychology with Criminology – and stayed there for a decade, embarking on my research journey.

My Masters in Investigative Psychology was a pivotal time for me. My dissertation put forward “A Narrative Based Model of Differentiating Rioters” – and it was during this time that I first became interested in jury decision-making.

Our justice system relies on ordinary citizens with no legal training to deliver verdicts in the most serious of criminal cases. This perplexed me – I wanted to explore how effective jurors and juries really are.

With international conviction rates so poor, I realised that addressing this issue in relation to rape cases was vital. So, I made this the focus of my PhD, and began my work to develop ways to test for bias in experimental mock trial settings.

I quickly learned that rape myths are likely to be a major reason for the lack of convictions. They unfairly influence what jurors perceive to be “true” and “normal” when a sexual assault takes place.

I’ve worked in this critical area ever since – trying to change the way that cases of sexual violence are tried.

In 2018, I was honoured to be invited to join the SWPS University of Social Sciences and Humanities in Poland as a Visiting Professor of Criminological Psychology – a position I still hold today.

These appointments, and the diverse experience they’ve provided, prepared me for my move across the Pennines from Huddersfield to Manchester Metropolitan University in 2019. I worked there as a Senior Lecturer in Forensic Psychology for a couple of years before taking up my current position at Loughborough in April 2022.

My work has attracted widespread attention over the years, and I’ve been invited to provide expert advice to various organisations including The Ministry of Justice, National Rape Working Group (New Scotland Yard), The Northern Irish Assembly, and the US Air Force Sexual Assault Prevention Response Unit.

I’ve also conducted independent research evaluations of domestic violence interventions within British police forces. And, in 2018, my research was directly referenced in Parliament during a House of Commons Adjournment debate calling for reform in English rape trials.

Looking forward, I want to continue my research – developing and testing ways to reduce the influence of rape myth bias in the CJS – with the long-term goal of ensuring that the jury process becomes fairer for everyone involved. 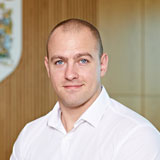 Dominic was a co-investigator on the UKRI-GCRF multi-country project that developed prosocial computer games to teach young people about gender-based violence.

Established to educate the public about rape as a criminal offence and the dangerous prevalence of rape myths – with the aim of reducing cases and supporting survivors.