Hilary is an art historian whose work explores the history, theory, and practice of feminist art. She has a particular interest in how art and feminism inform and challenge each other – creating new ways of thinking and making. She is currently co-leading the ambitious digital humanities project Feminist Art Making Histories.

Historically, women have been viewed as the subject – rather than the creators – of art. Even today, art by women is often marginalised and undermined by critics and curators alike. Within the marketplace, it is also less highly valued than work by men. Redressing this balance calls for a paradigm shift in attitudes and practice – a new feminist activism that critically questions the sources and structures of power while building an inclusive analytical toolbox for a radically different future.

“Works by female artists comprise a small share of major permanent collections in the US and Europe, while at auction, women’s artworks sell for a significant discount compared with men’s.”

The art world is not one of gender parity

I’m so pleased and honoured to be co-leading the Feminist Art Making Histories (FAMH) project. It provides a unique opportunity to secure the legacy of an extraordinary art movement.

The stories and work of many Irish and British feminist artists from the 1970s to the present day are unknown. There has never been a systematic study of their work. Their histories have been overlooked and are, sadly, on the verge of being lost – many have already died or are too elderly and frail to talk about their work and experiences.

We need to capture as many of their stories as possible before more key people leave us.

FAMH is allowing me to work alongside Dr Tina Kinsella (Institute of Art, Design and Technology, Dún Laoghaire), Dr Elspeth Mitchell (University of Leeds) and Dr Amy Tobin (University of Cambridge) – as well as two brilliant research assistants – to ensure that the transformative and radical advances these women made are never forgotten.

We’ll be recording, curating and archiving half a century’s worth of oral histories and digitised records; gathering together the memories and digitising related memorabilia – leaflets, tickets, and other written items – of these Irish and British feminist artists.

Everything will be uploaded to the Digital Repository of Ireland creating a permanent, virtual, experiential and interactive archive that is open and accessible to everyone – the public, artists, students, art and cultural historians, scholars, school and HE art teachers, curators, cultural policy makers, diversity workers…

Our methods will reflect the subject matter – honouring and enacting feminist thinking, practices, and critiques of disciplinary canons. We will share the models of working we develop to help inform other future digital humanities and oral history studies.

I’m excited about the dispersed and hidden histories that we’ll bring into the light and reposition towards the centre – rather than the margins – of discussions about art.

The Feminist Art Making Histories project is generously supported by project partner the New Hall Collection of Women's Art (Cambridge) and archive host, the Digital Repository of Ireland, with funding from the UK Arts and Humanities Research Council and the Irish Research Council.

I’ve always been involved in art – as a teenager I had Saturday jobs in galleries – and trained as a painter at Newcastle University, graduating with a BA in Fine Art.

After a few years making work, I completed an MA in Cultural History at the Royal College of Art, London. My dissertation examined body image and sexuality in art by women. This was the result of making figurative, body-related work in the early 1980s, against the backdrop of fierce discussions about the representation of women’s bodies in art, advertising, and pornography.

Feminism isn’t simply an academic discipline. It’s a rich and diverse resource for analysing the world, its cultures and politics. It provides a place of discourse from which we can begin to explore marginalised histories and try to describe the times and societies in which we live.

Later, I achieved my PhD in Art Theory at the University of Leeds where I was privileged to be supervised by Professor Griselda Pollock. She challenged and guided my thinking as I crafted my thesis on the importance of Luce Irigaray’s work for women artists – something I returned to in my book, Reading Art, Reading Irigaray: The Politics of Art by Women (2006).

My first Lectureship (in Art History and Theory) was at the University of Ulster where I taught art theory to studio students. I spent 13 years in Belfast and became Head of the School for Art and Design in 2002 and gained my first Chair, as Professor of the Politics of Art.

In 2005, I was appointed Dean of the College of Fine Arts and Professor of Art Theory and Criticism at Carnegie Mellon University (Pittsburgh PA, USA). The next seven years were very busy and productive.

I headed back to the UK for family reasons, securing the position of Dean of the School of Art and Design at Middlesex University, in 2012. And, five years later I joined Loughborough where I’m the Director of the Centre for Doctoral Training in Feminism, Sexual Politics, and Visual Culture.

Since returning, I have been on the advisory board for the AHRC-funded research project Black Arts and Modernism and am presently on the Higher Education Committee for the Association for Art History. 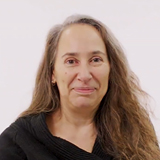 Professor of Feminism, Art and Theory

Exploring the deepening and rapidly changing global complexity of the relationship between feminist praxis and culture – in politics, the arts, and academia.

A Companion to Feminist Art

Co-edited with Maria Buszeck, a recent book curates 30 original essays on contemporary feminist art by an international range of thinkers. It is available as a free download via institutional access.