Meet some of the volunteer coaches working with LSAC 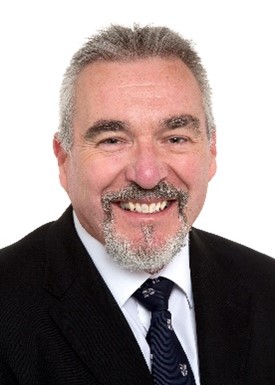 John has been the LSAC Hammer Throw coach for over 20 years. During this time, he has coached several athletes to Olympic, Commonwealth, European and World Student Games Level.  John is also a regular Team Coach for Great Britain and England. His group have won medals in both the men’s and women’s hammer throw at all major domestic Championships. Past and present members with international honours include: Taylor Campbell, Alice Delmer, Sarah Holt, Jess Mayho, Craig Murch, Myra Perkins and Chris Shorthouse.

During the early stages of his coaching career he was mentored by Alan Bertram, and he also worked closely with Mike Morley on the biomechanics of hammer throwing. More recently John has worked closely with top international coaches Tore Gustafsson and Bob Weir. John has a strong Strength and Conditioning (S&C) background. He was on the coaching staff at Leicester Tigers for S&C for several years, and previously was a British Weightlifting Association (BWLA) Instructor.

As an athlete John threw over 70m and earned both Great Britain and England representation, made 21 consecutive appearances at the Loughborough International, won BUCS four times and represented Loughborough Students Athletic Club in over 120 past and present fixtures.

Stuart is a Shot and Discus coach based in Northamptonshire.  He is the England Athletics National Talent Event Lead for Shot Put and also Regional Coach Lead for throws for the Midlands. He is involved in delivering shot put content for local coach development activities, the Youth Talent Program and the Junior Talent Program for England Athletics.  He has held team coach positions for England senior and junior teams as well as the GB Juniors.

Stuart is a consultant working with the Singapore Athletics Association to support national coach and athlete development. He set up and continues to be part of the team that delivers England Throws Camps.  Previous to coaching, Stuart was an average athlete, played rugby for Northampton and the British Army and is a technology analyst by trade.

Athletes he coaches include Taia Tunstall, George Hyde, Chris Dyrmishi, Zac Davies, Kane Aubrey & Lily Carlaw. He is proud that in a single season (2018/19) he worked with a training group that achieved 11 national titles, 16 national medals, 2 national records, an Asian Schools Games Champion and a European final.  In 2021 he coached Taia Tunstall to the final of the European Junior Championships. 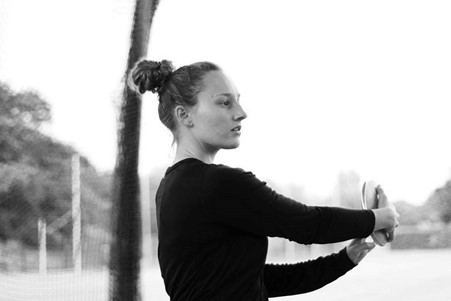 Like most international athletes, Shadine's coaching journey began as a result of wanting to give back to the sport she loved. After a few years of coaching at the local athletics club, she undertook a voluntary internship at the Jersey High Performance Programme where she worked as an assistant Strength & Conditioning Coach.

This fuelled her passion for coaching further and lead to her gaining her Personal Training qualification. Shadine began coaching as part of the Ultimate Training Systems team based in Loughborough in 2017. Shadine's experiences as both an international Discus thrower and coach lead to her role as a throws coach at Loughborough University.  Shadine coaches several of our performance discus throwers including Emma Botham and Alexandra Baltazar-Hall.

Gary has coached all the heavy throws for 25+ years, from complete beginners to international and Olympic standard athletes. He was the national coach for discus some years ago and a lead coach on the National Coach Development Programme.  Gary has mentored a number of coaches throughout his career and says it’s heart-warming to see many of them now achieving great things with their athletes.

Coaching Highlight: After so many years of coaching Lucy Marshall, seeing her throw 60m for the first time was an absolute joy for Gary. It has also become the springboard from which she has developed into a 63m thrower, broken age group records in the weight pentathlon and weight throw and won silver medals at the world masters against ex Olympians and world record holders, pushing them both very close. It’s an absolute testament to perseverance.

Gary is a UKA Level 4 performance coach and also a practising psychotherapist. He often finds the benefit of his psychological training a great help in his coaching.