​Loughborough is the home of England Netball and plays host to a comprehensive development programme for both students and non-students. We have numerous squads to suit all abilities, from professional to beginner, so everyone is welcome! 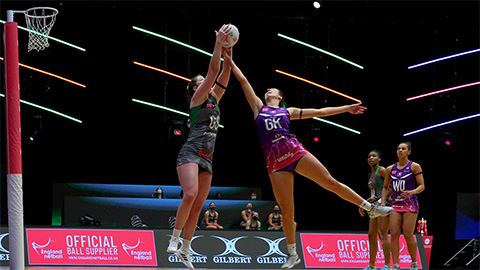 Loughborough Lightning did the double on Saturday night, claiming their second win in as many days with an astounding 76 – 23 victory over Celtic Dragons in round eleven of the Vitality Netball Superleague. 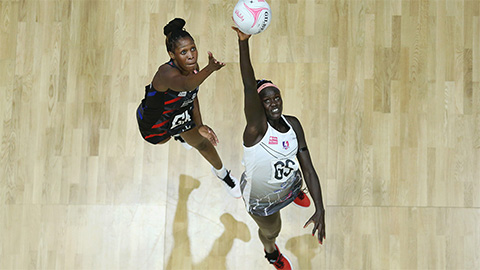 Lightning get back to winning ways with impressive 26 goal victory

Loughborough Lightning added another three points to the table on Friday night, with an outstanding 61 – 35 victory over Strathclyde Sirens in round ten of the Vitality Netball Superleague (VNSL).

Loughborough is home to Loughborough Lightning, who play in the Vitality Netball Superleague, the top-level of netball competition in the UK. In 2017 Lightning won all but one of their matches to top the league and go on to become Grand Finalists. In September they were also crowned champions of the inaugral All Stars Fast5 competition held at the famous O2 Arena. Boasting a large number of international players, including four England Roses, Lightning are now looking ahead to the 2018 season. A number of our Lightning players successfully balance their studies and training through an extensive support package including lifestyle support and sport scholarships.

In addition to the NSL Squad, Lightning also boasts teams at age group level from U15 to U21. Trials are held each year and the successful athletes go on to compete in numerous competitions throughout the season with weekly training to support their development.

Loughborough University Performance squad is made up of approximately 15 players. The programme consists of individual skill sessions, conditioning work, performance analysis, and team sessions in preparation for BUCS competitions. You can expect to be on-court four or five days each week and to fit in three other conditioning sessions each week. This squad have been BUCS champions for the past two seasons playing in the top level of student netball in the country.

In addition to the performance squad, five teams also compete in BUCS (British Universities and Colleges Sport) at varying levels each week. The leagues in which they compete are as follows:

Trials are held for the above teams at the beginning of each academic year.

You can compete for your halls of residence in Intramural sport (IMS) in competitions throughout the year. It’s a great way to get involved in hall life and meet new people in a more social and less competitive environment. The best players from all the halls teams are then selected to take part in the IMS All-Stars competition where the IMS players battle it out against one of the AU teams.

Our social sport programme offers free, competitive sport that allows participants to play sport socially. You can represent your department, society and/or as a group of friends.

For those that want to get back into Netball after previously playing at school, My Lifestyle sessions are coach led and cover basic skill development and court play. The emphasis of these sessions is on learning new skills and having fun playing Netball with friends. Whether it is about rediscovering sporting abilities you forgot you had or about getting active again, these sessions cater for all.