Success for Loughborough cyclists at the National Track Championships 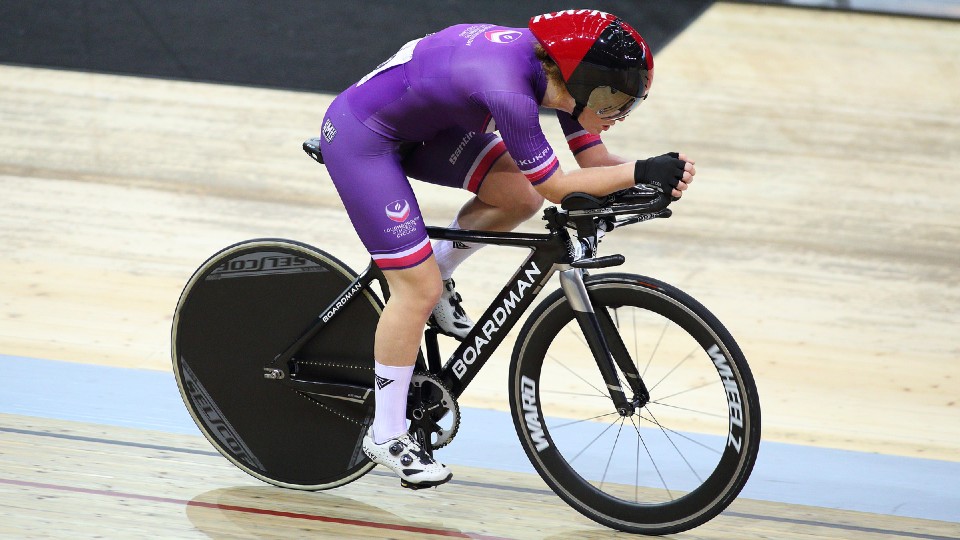 The event, held annually and organised by British Cycling, saw Truman take gold in the Team Sprint (representing Team Inspired), while Newberry produced a stunning performance of her own to take victory in the WC5 ParaCycling 3000m Individual Pursuit.

Elsewhere, there were a number of other podium finishes for Loughborough, including Sophie Capewell in the team sprint (2nd – Team Breeze), keirin (3rd), and individual Sprint (2nd).

“It was great to see so many Loughborough students backing up winning performances at BUCS track with 2 national titles and a string of podium places at the national championships.

“The race marks the start of the race season for our Lightning team and academy riders, and gives us renewed confidence ahead of the 2022 road season.”

In total, Loughborough had 11 students competing during the action-packed event of racing in Newport, Wales.