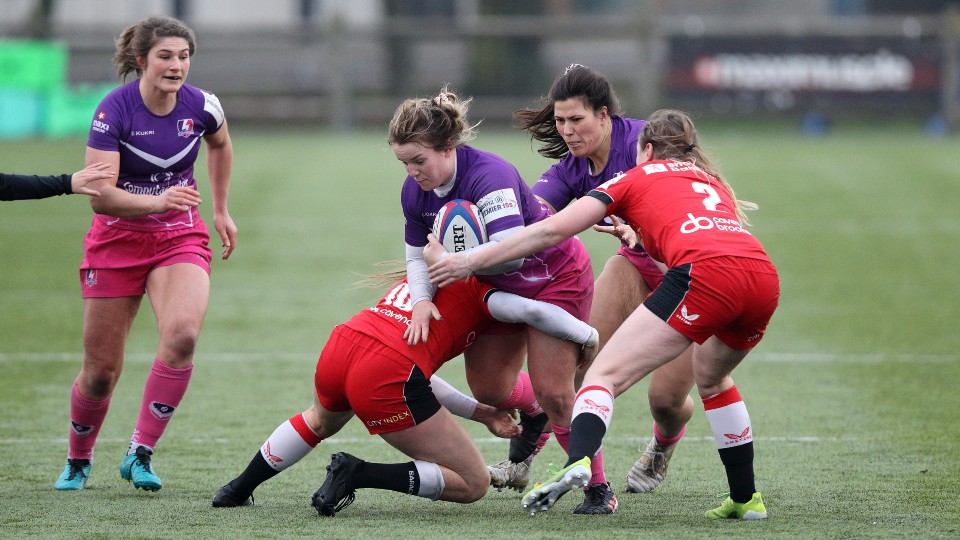 Loughborough Lightning are gearing up to take to the field at cinch Stadium, Franklins Gardens, the home of Northampton Saints, for the first time on 19th February.

Rhys Edwards’ side will play Exeter Chiefs Women (5pm kick off) as their match forms part of a double-header fixture with Saints taking on Sale Sharks at 3pm.

This will be the first time that both Saints and Lightning will play on the same day after a new partnership between the two clubs was announced in September 2021.

Loughborough’s Director of Rugby, Rhys Edwards, said: “The opportunity to play at cinch Stadium at Franklin’s Gardens, and share the field with Northampton Saints, is something we’ve been looking forward to ever since we launched this partnership.

“Northampton is an incredible place to play rugby and we know how passionate the supporters are.  We’re excited to come to the Gardens and we aim to put in a big performance.”

Lightning’s Back Row Rachel Malcolm added: “We are really looking forward to playing at such a brilliant stadium in front of such an enthusiastic crowd.  I’m hoping that by showing how exciting women’s rugby is on such a big stage that we can help inspire the next generation of female rugby players.”

Saints are committed to supporting women’s rugby and hosted the England Red Roses at the Gardens as part of the 2021 autumn internationals.

Tickets for the double-header are on sale now, with both matches available for the total price of just £16 (adults) / £7 juniors. Tickets can be purchased by clicking HERE.