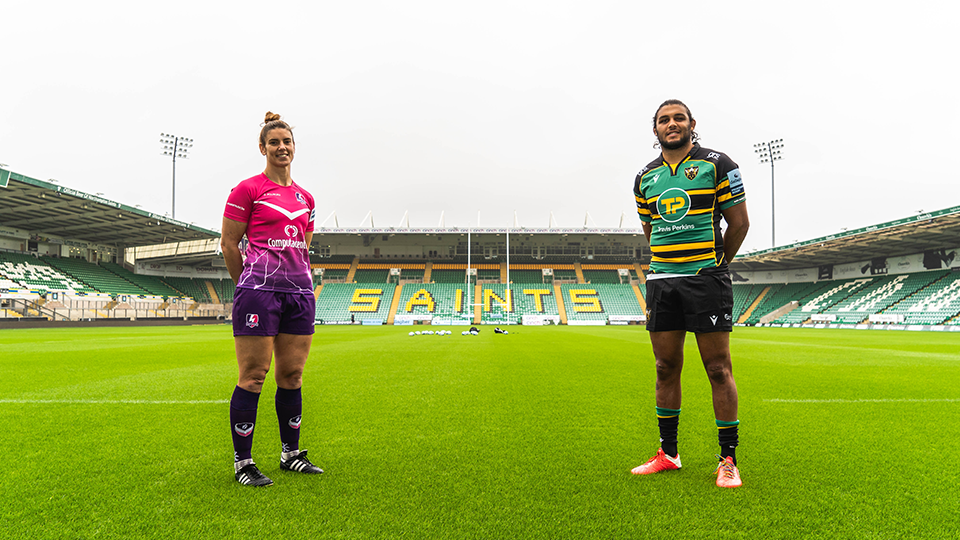 Loughborough Lightning Rugby are delighted to announce an innovative new partnership between the Club and Gallagher Premiership side Northampton Saints, centred on women’s rugby.

The team will remain named as Loughborough Lightning, but the side’s kit will now bear the Northampton Saints crest and Franklin’s Gardens will host several Lightning fixtures each season.

“We have always said it was a question of when, and not if, Northampton Saints were to participate at the top table of the elite women’s game,” said Mark Darbon, Saints’ Chief Executive.

“This partnership provides the perfect opportunity for us to do so, and we hope that alongside hosting a Red Roses fixture here at the Gardens later this year, this partnership will significantly help to grow the audience for women’s and girls’ rugby in the East Midlands and beyond.

“Loughborough have enjoyed ongoing success in the Premier 15s competition, and our ambition as we become a joint Lightning / Saints side is to ensure that continues – we aim to help the team to retain its current elite players, and to attract other talented rugby players to Loughborough, while in the long-term ensuring that we build an elite player pathway system which will generate a high proportion of home-grown players.

“This partnership builds on the incredible success of the grassroots girls rugby programmes that Saints’ Community Team have scaled up in recent years.

“With thousands more women and girls having access to the sport we all love at grassroots level, we believe now is the perfect time for Northampton to enter the elite game – and we’re incredibly excited to get started with Loughborough.”

Northampton have worked hard to develop girls’ rugby within the Club’s region in recent seasons, with over 1,600 players participating in the Saints 7s Series since the first girls-only U15s festivals began in 2012.

The Club’s girls-only summer residential rugby camps at Stowe School have increased participants by over 200% over the last three years, while every season thousands of girls benefit from the coaching in schools and matchday festivals delivered by Saints’ Community Team.

The partnership between Saints and Lightning aims to continue this progress through effective community-focused programmes across the East Midlands and beyond, while simultaneously providing career development opportunities for women looking to gain experience in and/or transition to the administrative or coaching side of the game.

“We’re thrilled to have agreed this partnership with Northampton Saints, with a pioneering arrangement that is unique in professional women’s rugby,” said Steele.

“Lightning and Saints both have a significant presence at the top of English rugby, and as we now work side-by-side, I’ve no doubt the new relationship will strengthen both teams as we look to win trophies and grow the game of rugby.”

As part of partnership, Saints will also provide additional resources to support the development of the female game, starting with the appointment of Sarah Hunter and Emily Scarratt as the Club’s Women’s Rugby Ambassadors.

“The collaboration between Loughborough Lightning and Northampton Saints is a massive step forward for the development of the women’s game,” said Hunter. 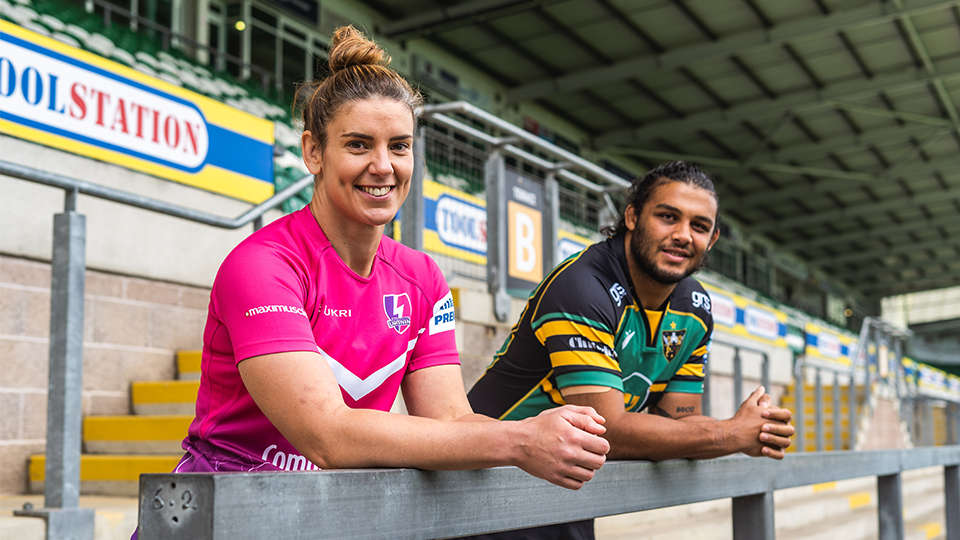 “Both organisations have a long, proud history in sport, and I’m honoured to have been asked to support this initiative in an ambassador role.”

“We are seeing a new era of women’s rugby and being at the forefront of that change is truly exciting. By working together, we can help grow the women’s game, whether that be at a grassroots level or for those that are already on the pathway to becoming future Red Roses.”

Hunter and Scarratt will begin working with Saints immediately to develop and execute the partnership’s key objectives, particularly in helping to grow the audience for women’s rugby across the region.

Rhys Edwards, Loughborough’s Director of Rugby, said: “There is a huge opportunity for collaboration and knowledge sharing between ourselves and Northampton, notably around the creation of a thriving pathway system given Saints’ outstanding track record with their men’s Academy.

“We have built a successful team with multiple international players and two former world players of the year in Hunter and Scarratt. This is the next exciting stage of our evolution as we move forwards to create a long-standing legacy in the women’s game.”