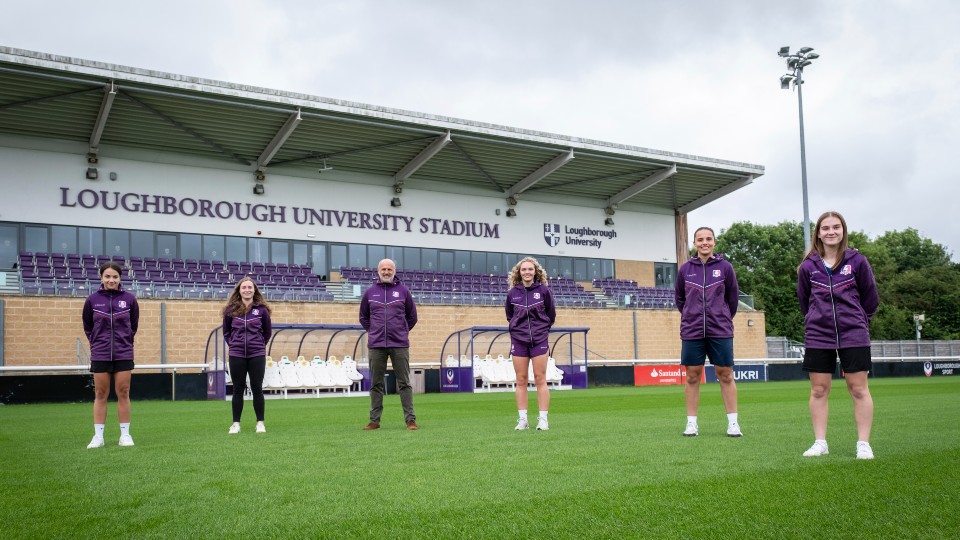 The University’s performance team and the Loughborough Foxes have officially combined to launch a new Lightning programme that will compete nationally against some of the biggest names in the sport.

The clubs have worked in close collaboration for a number of years now with Head Coach Issy Martin overseeing both programmes since her appointment at the University in September 2019.

Lightning will compete in the FA Northern Premier League where it will face teams including Burnley, Wolverhampton Wanderers, Nottingham Forest, and West Bromwich Albion.

Speaking about the launch of Lightning Football, Issy said:

“Women’s football is growing at such a huge pace it’s fantastic for us to combine two very special programmes into the new Lightning side.

“The move will enable us to run a programme that will see us attract and develop some of the sport’s top talent and will also put us in a position to compete against clubs who are well established at this level.

“Whilst also providing a sustainable pathway in Loughborough for women and girls, we have firm ambitions to drive the programme forward year-on-year and take Loughborough Lightning to the next level.”

The University now has six Lightning teams in total, including in netball, rugby, cricket, wheelchair basketball, and cycling.

“Loughborough Foxes Women’s and Girl’s Football Club has a fantastic history of offering football for girls’ across Loughborough, from our Wildcats at 5 years old through to the senior teams.

“Partnering with Loughborough University brings the full pathway to performance, combining community, education and elite-sport to enable us to compete at the highest level.

“This is an incredibly exciting partnership, and we look forward to working with Loughborough University to achieve our shared goals.”

“This partnership will undoubtedly drive our women’s football programme forward yet further and will be testament to the hard work of Issy, Richard, and the rest of the team.

“The quality and range of women’s sport at Loughborough continues to grow at a rapid pace and this new Lightning programme will create even more opportunities for young athletes to flourish in a high-performance environment.”

Loughborough’s football programme remains under the guidance of Richard Allen, the former Head of Talent Identification at the Football Association, and Head of Academy Recruitment at Tottenham Hotspur.

Lightning’s first game will take place in August, and the side is also inviting players to its open trials session on Sunday 11th July.

To register your interest in the open trials visit HERE, and for more information on football at Loughborough, visit its website HERE.