Glasspool appears at the end of year ATP finals in Turin 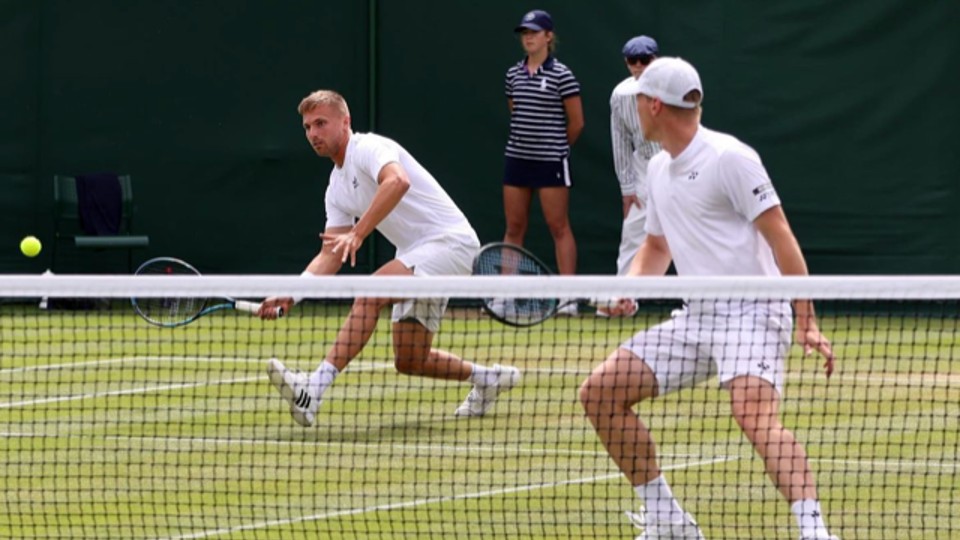 Glasspool and playing partner Harri Heliövaara have enjoyed a bright start to the tournament, winning two of their three pool matches, including a straight sets victory over third seeds Jean-Julien Rojer and Marcelo Arévalo (7-5, 7-6).

The pair – who currently top their group – will also be competing alongside the seven best other doubles teams in the world, including number one and two seeds Wesley Koolhof and Neal Skupski, as well as Nick Kyrgios and Thanasi Kokkinakis.

Speaking to Loughborough Sport, Glasspool said: “It feels amazing to have qualified for the end-of-year tour finals, especially starting the year as no.78 in the world. I didn’t think at the start of the year that it was possible to achieve this but is shows what an incredible season we have had.

“Our year has been consistent with highs being reaching two Grand Slam quarter-finals at the French Open and US Open, as well as winning our first ATP 500 title in Hamburg.”

Glasspool, who joined Loughborough University in 2020, is studying in the School of Business & Economics on The Loughborough Executive MBA programme.

He also commented on his experience studying and training at the University, as he balances sporting commitments and academia: “Loughborough has been great, enabling me to complete a full tournament schedule whilst completing my course. Head Coach Tom Kisiel has reviewed and analysed all of my matches and gives me objectives when on the road which we work on together when I am back at base.

“This has been great in enabling me to improve when I am away competing. I am grateful to the module leaders of the EMBA who have been supportive and flexible to enable me to complete modules whilst away competing.”