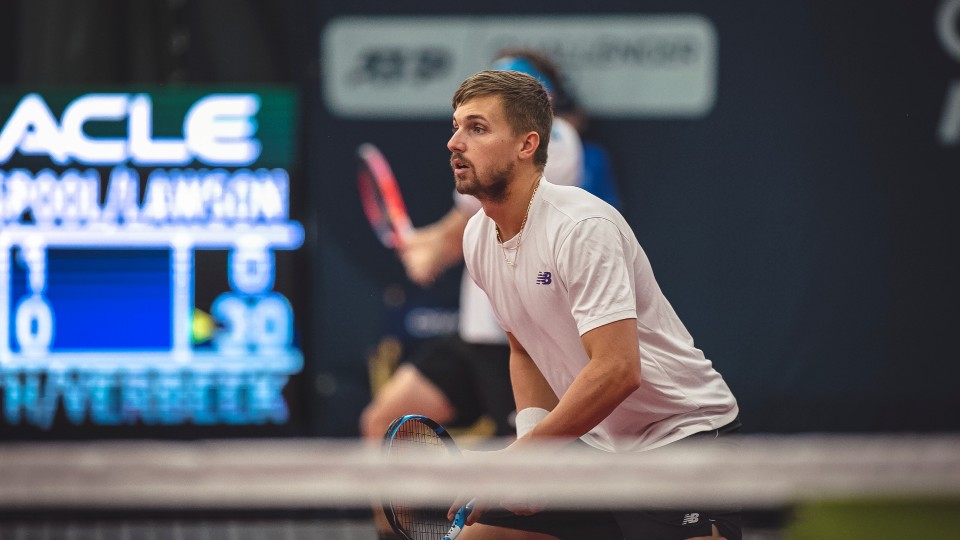 Current student Lloyd Glasspool will play in the Men's doubles.

Two tennis players from Loughborough University have been selected to compete at this year’s French Open in Paris.

Current student Lloyd Glasspool will play in the Men’s doubles in the senior competition, and Ranah Akua Stoiber – who is part of the Loughborough University National Tennis Academy (LUNTA) – will compete in the Women’s junior singles.

Lloyd is studying at the School of Business & Economics on The Loughborough Executive MBA programme and will hope to continue his recent fine form in the French capital.

Ranah’s appearance in Paris will kickstart a busy summer for players from LUNTA, with a further six individuals set to compete at Wimbledon in late June.

The French Open is recognised as one of the world’s most prestigious tennis tournaments and is held over two weeks at the Stade Roland Garros.

The senior French Open tournament takes place between May 16 – 5 June 2022 and the Roland Garros Junior Championships Tournament will be held between May 29 – 4 June 2022.