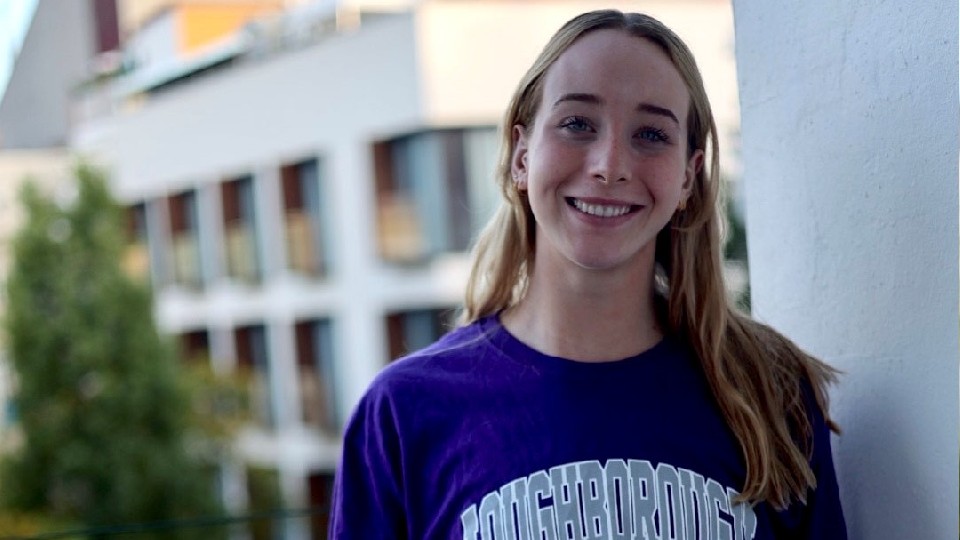 Loughborough Swimming has strengthened its roster yet further with the arrival of USA Olympic silver medallist, Paige Madden.

Madden will work towards her master’s degree in clinical exercise physiology during her initial stay at the University.

The 23-year-old starred at last summer’s Tokyo Olympic Games, producing the second-fastest split of 1:55.25 as the USA earned silver with a new national record in the Women’s 4x200m Freestyle.

“I’ve been looking to go back to school but also wanted to continue my swimming career,” Madden told Loughborough Sport.

“Both academia and athletics are equally important to me, and Loughborough provides the best of both worlds. My swimming career has had so many highlights, but the Olympic Silver medal performance is undeniably a standout memory.

“It was so cool to be on a relay with three other women that I have looked up to for years. Despite just falling short of gold, I couldn’t have been happier with our performance to bring home a medal for Team USA. Watching that race unfold after my leg was the experience of a lifetime.”

Now, with a fresh start on the horizon at Loughborough, Madden has her sights firmly on Paris 2024:

“Looking ahead, Paris is the next goal. I’ve had some setbacks due to an autoimmune disease, which I feel confident I can overcome. For now, I’m focused on getting healthy again, but I know I have so much more to give to the sport and Loughborough’s support staff and resources will allow me to come back even better.”

Madden will train as part of Ian Hulme’s group with further guidance provided by Andi Manley:

“What I love about Ian’s approach to coaching is that it’s very collaborative. At this point in my career, I know what my body needs, he will just help facilitate that and provide direction.

“Having the freedom to switch between Ian’s and Andi’s (Manley) groups is something that I’m really looking forward to.

“I’m also thrilled that it’s located in England so I can fully immerse in a different culture. I can’t wait to get started.”

“Paige is both academically and professionally driven and we are thrilled that she has chosen Loughborough University as the next step in her career.

“She has had a decorated career both within the NCAA and on the International stage with Team USA and will bring a wealth of experience and energy to the team. Personally, I am really excited to get to work with Paige and share the next chapter of her swimming career with her in the lead-up to the Paris 2024 Olympics.”

Loughborough continue to attract stellar names to the swimming programme, with both Sweden’s Sophie Hansson and the USA’s Catie DeLoof also agreeing to train at the pool of dreams.