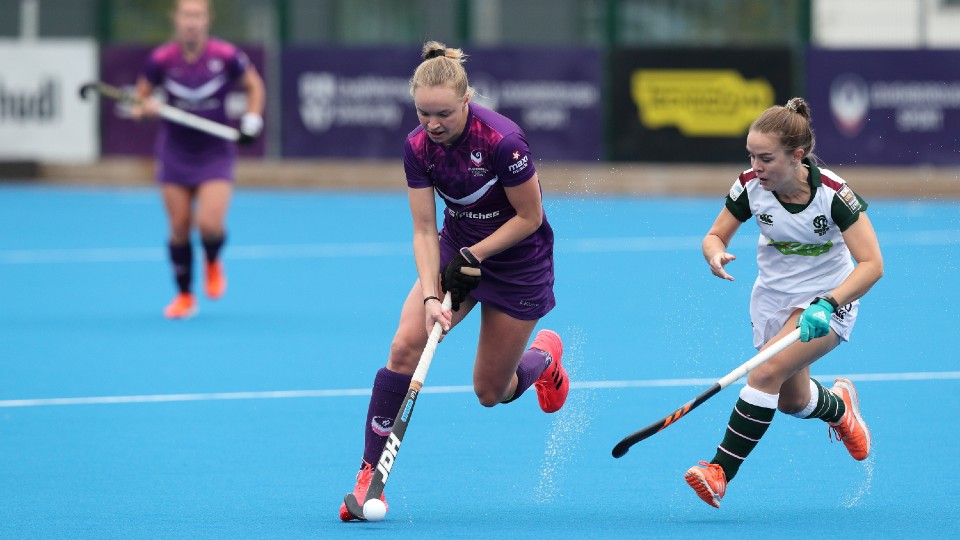 Current student Izzy Petter is one of seven Loughborough-linked athletes to be selected by Team England. Image provided by Still Sport Photography.

Loughborough-linked Women’s Hockey players are once again set for the global stage as the home nations have confirmed their squads for the Commonwealth Games.

A total of 14 players with Loughborough connections will represent England, Scotland and Wales respectively in Birmingham later this summer.

They will be joined by Sabbie Heesh, Lizzie Neal (alumna and travelling reserve), as well as current students Ellie Rayer, and Izzy Petter – both of whom won bronze at the Tokyo Olympic Games.

A further five players will join up with Wales’ squad as fellow Tokyo bronze medallists Leah Wilkinson and Sarah Jones have been selected alongside other alumnae Beth Bingham, Hannah Cozens, and Phoebe Richards.

Scotland has also announced that alumna Robyn Collins and current student Charlotte Watson will compete in England’s second city at the Games.