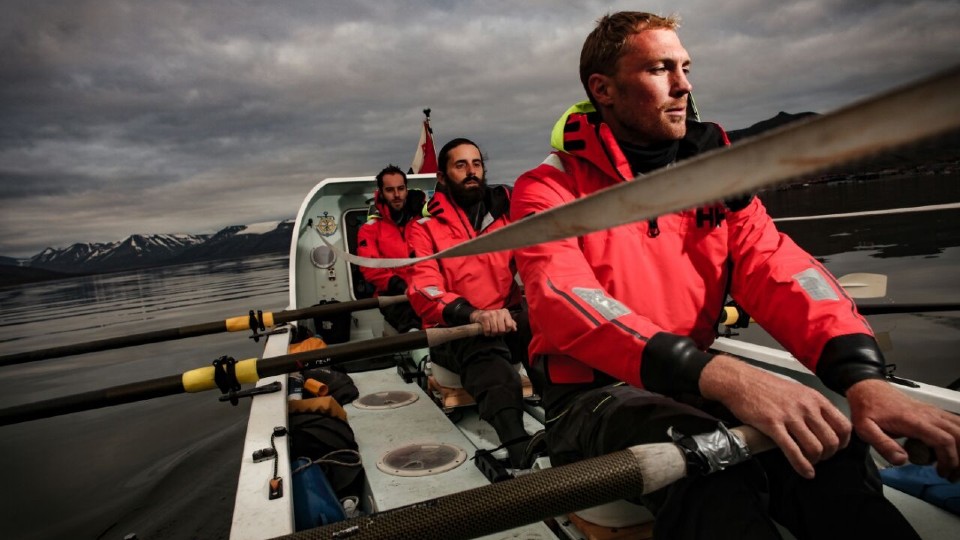 Dr Danny Longman (at the rear of the boat) during another challenge; the Polar Row expedition.

Loughborough University lecturer Dr Danny Longman will attempt to break the existing world record for rowing across the Black Sea in the quickest time.

Departing from Romania, Dr Longman and his four-man Romanian/British team will aim to cover the 1,200km long route in under 11 days and six hours.

The journey will take the rowers south along the coast of Bulgaria, across Turkey’s northern coast, before finally arriving in Georgia.

The Lecturer in Physiology from the School of Sport, Exercise and Health Sciences, is no stranger to endurance events. Last year, he set a new record for swimming the length of every publicly accessible lake in the Lake District in the fastest time.

He took on the challenge to swim the 13 lakes in under 59 hours, covering a total of 44 miles in 41 hours and seven minutes.

Dr Longman also broke seven official Guinness World Records in 2017 when he rowed across the Arctic Ocean in a similar feat.

The team are also raising money for the International Committee of the Red Cross, who are on the ground in over 90 countries helping people affected by conflict and armed violence.