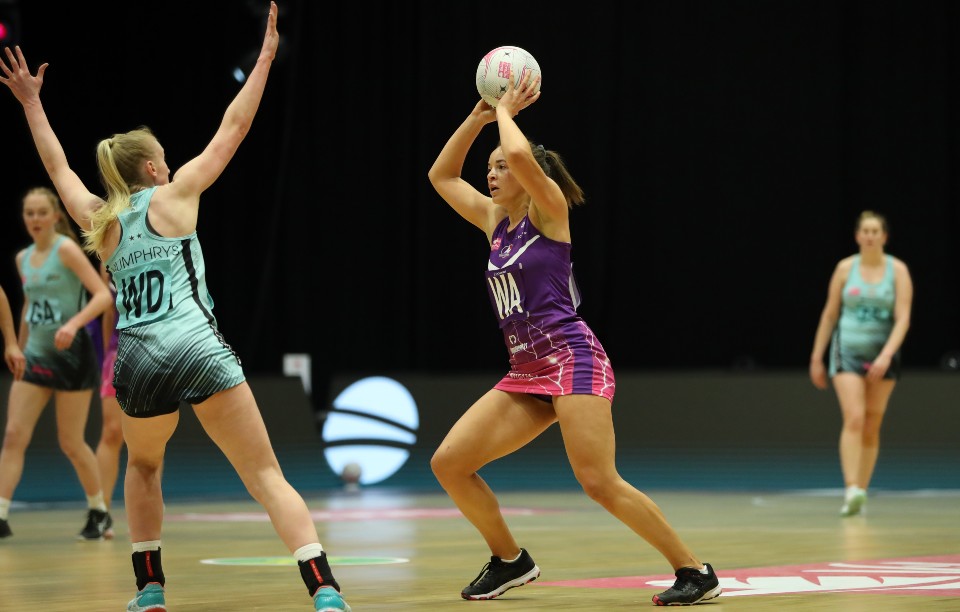 Hannah Joesph in action for Lightning.

Six Loughborough Lightning players have been selected in the latest Vitality Roses squad, including a first senior international call-up for Alice Harvey.

Harvey is joined in the England set-up by Hannah Joseph, Francesca Williams, Beth Cobden, Emma Thacker and Natalie Panagarry for the upcoming series versus Uganda, Australia, and New Zealand (FAST5).

Returning to international action for the first time since the Birmingham 2022 Commonwealth Games, the Vitality Roses will step back on to court in front of a home crowd against the world-ranked sixth side Uganda on 5 October at Nottingham's Motorpoint Arena, and on 8 and 9 October at The Copper Box Arena in London.

“To have so many opportunities against world-class opposition so soon after the Commonwealth Games allows us to quickly turn our attention to the exciting year ahead.

“Now, more than ever the margins between the top nations are at their narrowest, making for a very dynamic and competitive landscape for the global game. The competition is fierce, and to get opportunities to expose new and emerging talent as well as our existing players is critical in helping to strengthen the team, and for us to continue to uncover and gain advantage over our toughest opposition.”

“We were really pleased how well we dealt to the challenge of Uganda at the Commonwealth Games. However, Uganda went on to find some of their best form in Birmingham, beating South Africa and gaining automatic qualification for the World Cup in 2023. They will be full of confidence, and we are under no illusion as to how competitive the three matches will be. With both next year and the longer term in mind, it provides a perfect test of a new-look Roses side, full of exciting talent to embrace and we will be buoyed to have the support of our home fans.”

Following the Uganda series, the Roses fly to Australia for the first time since 2018 to face the Commonwealth Games champions in a three-match international series.

“To play the world number one team and Commonwealth Games champions on their home soil is something we’ve been keen to do ever since Covid hijacked our plans back in the autumn of 2020,” said Thirlby.

On 5 and 6 November, a squad of ten players will then take part in the FAST5 Netball World Series in New Zealand – a shorter, faster-paced version of the game with five players on each side.

Jess Thirlby added: “The return of FAST5 is a welcome addition to our international calendar as world netball look to strengthen the breadth of the game and its appeal. For us, it affords further opportunity to expose new and emerging talent to the conditions of international netball and will help accelerate some key learnings for those younger athletes who have recently missed out on a World Youth Cup due to Covid and those on the periphery of the team narrowly missing out on selection for recent senior events.”

Vitality Roses Squad to face the Uganda She Cranes