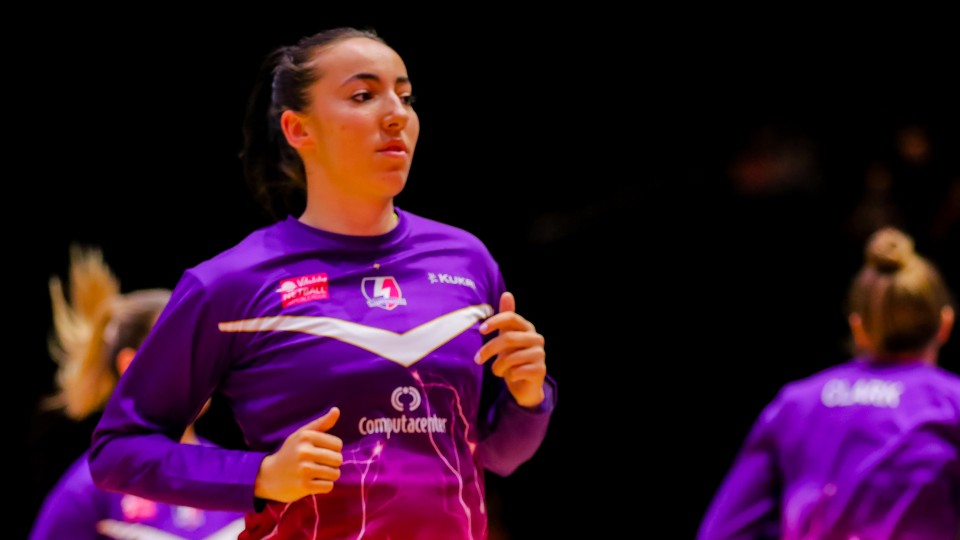 Final-year Sports Management student and goal shooter Clara Miles will return for her second season in purple after joining the NSL side in 2022.

Having impressed upon her arrival at the University, Miles will not only support the side in their preparations for their upcoming campaign but will once again step out in the Lightning U21 side in the National Performance League (NPL).

Coming through the Wasps Netball pathway and competing in the Premier League for Linden Netball Club, Miles first appeared in the purple dress for Lightning’s U21 side in her first year of studies. She soon settled into life on campus and captained the U21 side in 2020.

After completing a year’s placement with Kings High School, Warwick, Miles is now back on campus and raring to go:

“I am really excited to be returning to Loughborough Lightning for my second season,” she said.

“We have a really strong group that I can’t wait to work with and learn from. I am really looking forward to getting back into training with everyone and the start of the new season.” 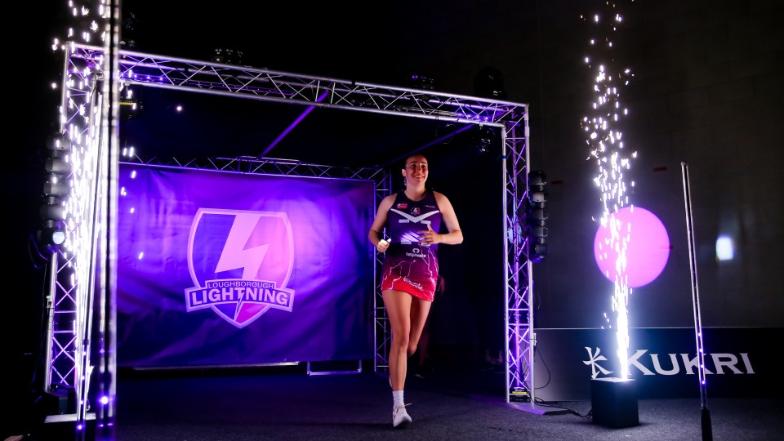 Joining Miles at the start of her journey with Lightning is mid courter Bella Baylis.

No stranger to the pressures of Super League netball, Baylis made her debut in the 2021 season with the Saracens Mavericks and claimed silver in the British Fast5 All Stars competition with the side.

Baylis will be back playing alongside her new teammates Liverseidge, Thacker, and Williams having donned the red dress alongside the trio at England U17 and U21 level respectively. Bella hopes to bring that experience and familiarity to the Lightning set up in 2023:

“I am really excited to be joining Lightning as a training partner for the upcoming season,” she added.

“I’ve heard great things about the Loughborough environment and I can’t wait to learn from such esteemed players here. I'm looking forward to working hard, developing my play, and competing at the highest level.”

Also combining her studies with her role as training partner, Mole makes the switch from Team Bath where she made her NSL debut in 2022. Also previously featuring in the England U17, U19 and U21 set up, Hole captained the side to Netball Europe success in 2021.

Previously identifying as a mid-court player, Hole recently transitioned into the defensive end and is keen to develop her dominance in the circle through the Lightning programme:

“I am looking forward to developing my defensive skills with help from the coaches and experienced players, as this is only my second full season at the defending end. I am excited to play with some amazing athletes and be part of the Lightning family.

Miles, Baylis and Hole are the final three named by Lightning in their 2023 line-up thus completing the squad for their upcoming campaign.

Lightning’s new-look squad will be on court for the first time at the Netball Super League’s Season Opener event. Taking place at Nottingham’s Motorpoint Arena on 11 February 2023. The day promises to be fun for all the family with an action-packed schedule of Super League Netball.

Tickets are on sale now and can be purchased here.