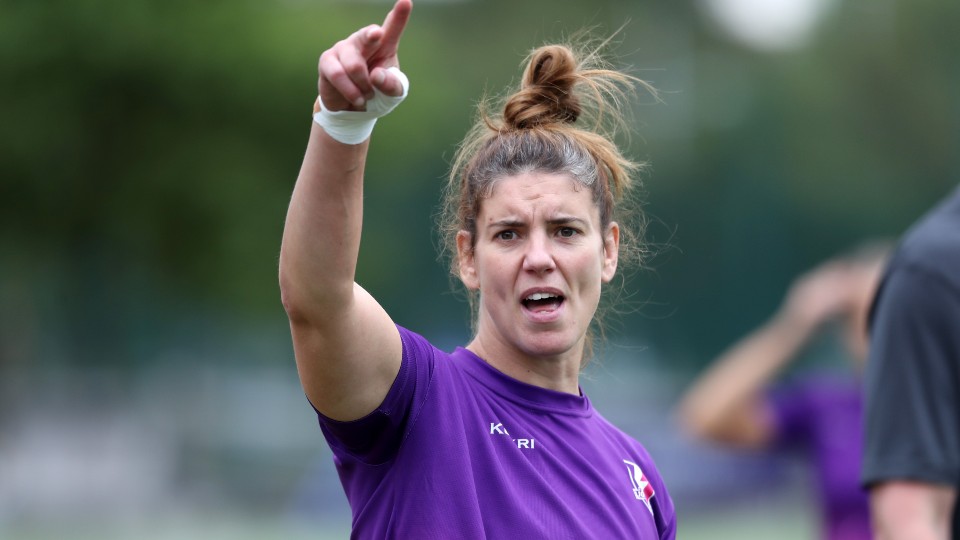 England suffered heartbreak in the Women’s Rugby World Cup final as New Zealand edged a thrilling encounter 34-31 in front of a world-record crowd in Auckland.

In an absorbing encounter at a sold-out Eden Park, Loughborough Lightning players Sarah Hunter, Emily Scarratt, Morwenna Talling, Sadia Kabeya, and Catherine O'Donnell all performed brilliantly as a brave England side just missed out on the top prize in world rugby.

England – chasing a record 31 wins in a row – raced into an early 14-0 lead with Ellie Kildunne and Amy Cokayne silencing the raucous crowd with clinical tries.

The game, however, soon turned on its head with the dismissal of Lydia Thompson in the 17th minute for a high challenge on New Zealand’s winger Portia Woodman.

Despite being a player down, the Red Roses and their Loughborough contingent continued to rally and led for much of the match. Captain and alumna Hunter – winning a record-breaking 139th international cap – was instrumental throughout at number eight, alongside Lightning’s Scarratt.

Current Loughborough students Talling and Kabeya both made strong impacts off the bench as tensions grew in the closing stages.

However, it wasn’t to be England’s day as the hosts eventually made the extra player count. The decisive moment arrived in the 72nd minute, when explosive winger Ayesha Leti-l’iga touched down to give the Black Ferns what proved to be an unassailable lead.

England had a late chance to snatch victory from a line-out but lost their throw – much to the delight of a jubilant home crowd.

“We are immensely proud. All the women that have come through the Loughborough pathway and the current Lightning players that played today were incredible.

“It’s a tough result but that’s sport at the highest level. Plenty of athletes at Loughborough would have experienced that and they’ll come back stronger. I’m sure once they arrive home, they’ll be pushing stronger for the home World Cup in a few years’ time.

“I think the World Cup has been huge for women’s sport,” he added.

“Speaking from a women’s rugby perspective we’ve now grown the programme to have over 200 players playing competitively with those playing at the highest-level being role models for the young girls coming through.” 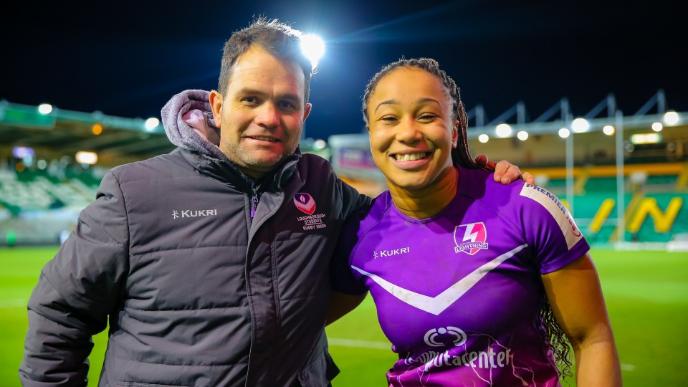 Sarah Hunter spoke to ITV Sport following the game, saying: "One result doesn't define the squad that we are, the people that we are. Hopefully back home we have inspired the next generation and given them something to be proud of.

“Sport is cruel, sport doesn't end the way you want it to and unfortunately that was us tonight. Credit to New Zealand, they kept coming and found a way. They are deserved champions.

"We can be proud. We will look back and we didn't leave any stone unturned and that is what we wanted to do regardless of the result.

"We left everything on the pitch. It will take time, we are hurting, but we will stay together and get through that hurt together."

Another current Loughborough student, Helena Rowland, sadly missed out on Saturday’s final due to an injury sustained in the victory over Canada in the previous round. Fellow Lightning player Detysha Harper was also named in the wider England squad for the tournament.