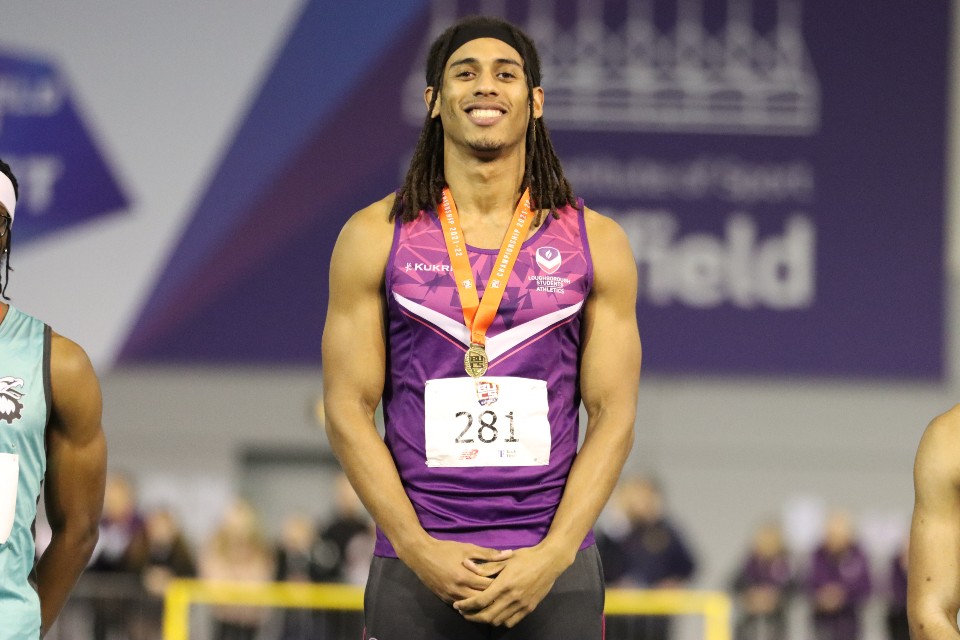 A total of eight current and former Loughborough students have been selected to compete for their respective countries at the World Indoor Championships taking place in Belgrade, Serbia, on the 18th – 20th March.

It was today announced that they have both secured spaces in the men’s 4 x 400m relay team where they will be joined by former student Tom Somers.

Other former students to have made the team include Megan Marrs (Alex Nwenwu) who secured her selection in the women’s 60mH by finishing in first place at the UKA Indoor Championships with a season’s best and World Championships Qualifying time of 8.15.

She is joined on the team by Tokyo Olympian and former student Jessie Knight (Marina Armstrong) who competes in the 400m and 4 x 400m.

Alumnus and former scholar Adam Thomas has had an incredible indoor season so far, and by winning the men’s 60m at the UKA Indoor Championships in a personal best 6.56, secured his space on the team.

Fellow alumnus Guy Learmonth (Justin Rinaldi) finished second in the 800m at the UKA Indoor Championships, and after running a season’s best 1:46.46 at the Muller Grand Prix last week, ensured he had shown enough good form to get the nod from selectors.

After running a national indoor Italian 1500m record in Birmingham last week, Masters student Ossama Meslek has also booked a place on the start line in Belgrade, where he will be taking on the 3000m for Italy after running a PB 7:50.13 at the start of the year.