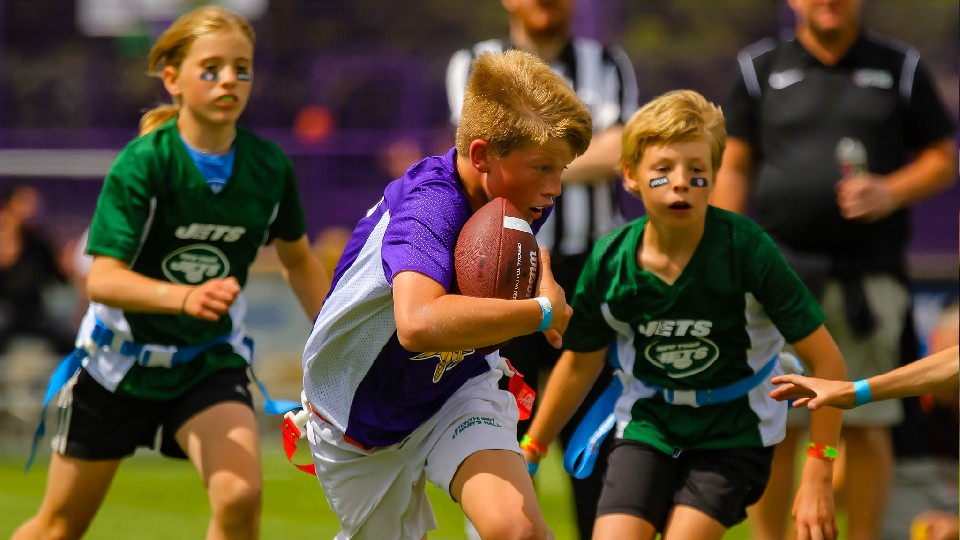 A cast of stars from the NFL have descended on campus as the University and Loughborough College kick-started a new partnership with the American football giant.

As part of an exciting new agreement to host the NFL Academy in the region, both the NFL Academy trial day and the NFL Flag National Championships were held during two action-packed days of sport.

The NFL Flag National Championship was attended by a host of NFL icons including NFL Flag ambassador Russell Wilson, quarterback for the Denver Broncos. 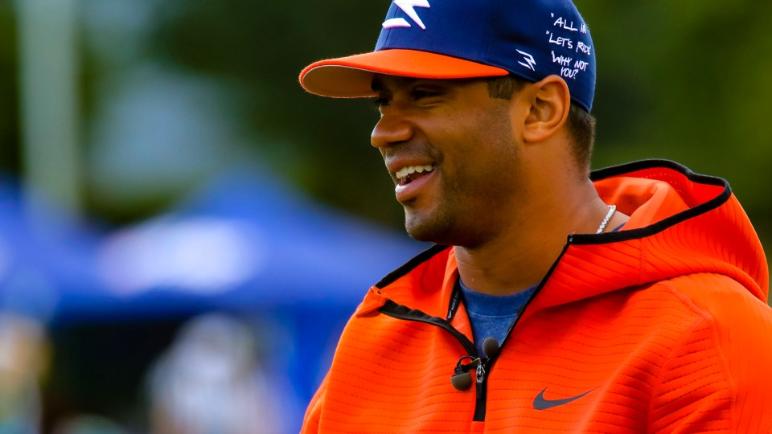 Flag Football, a non-contact version of American Football, is one of the fastest-growing sports in the US and is enjoying a boom across the Atlantic. It is now played by 20,000 children in the UK across 300 primary schools, who have all been competing in year-round nationwide tournaments.

The University also held the NFL Academy’s trial day – three years in the making – which sets out to unearth the next generation of American football talent.

Little Ealing will now claim the ultimate prize – a trip to Las Vegas to represent the UK at the Flag Pro Bowl against other international teams.

The sport is also in contention for inclusion in the 2028 Olympic Games in Los Angeles, and engages people of all ages, genders, and abilities. 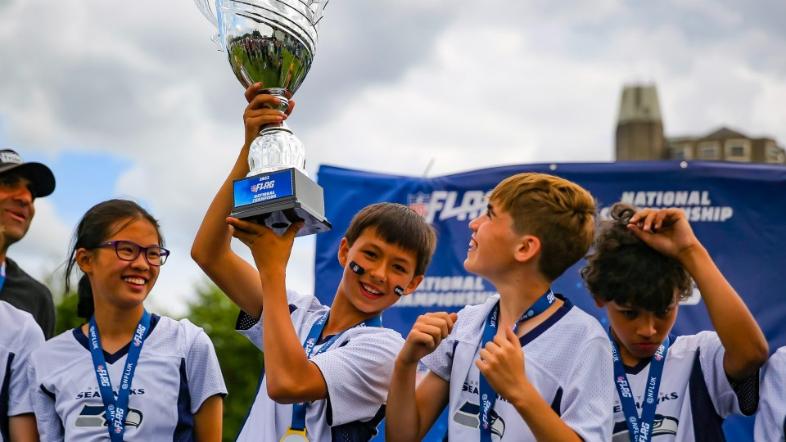 “I am so proud. This is a fantastic event and to see all these young primary school children playing competitive sport and having so much fun is exactly what Loughborough is all about,” Jo Simpson, Commercial and Facilities Director for Loughborough Sport said.

“The key thing for us is getting young people involved in sport, as it changes lives. Whether that be participating, or officiating, there’s lots of opportunities and I think if they see it here on Loughborough campus, that also makes attending university achievable.

“Some of the players who have come – like Russell Wilson– it’s unbelievable. These kids are getting coaching from iconic NFL players who have flown over especially from the US, and they’re here in Loughborough.

“That’s the benefit of events like this – young kids that might not even think about coming to university experience Loughborough and think “I want to be here”. 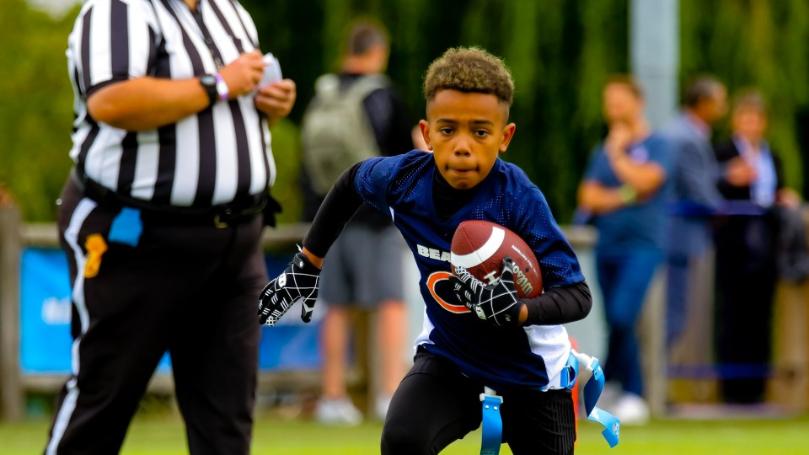 From September 2022, all football and academic operations for the NFL Academy will move to Loughborough, where a partnership between the College and the University will provide an opportunity for young players to become part of a world-renowned centre of sporting excellence.