Loughborough win yet another BUCS title with record points haul 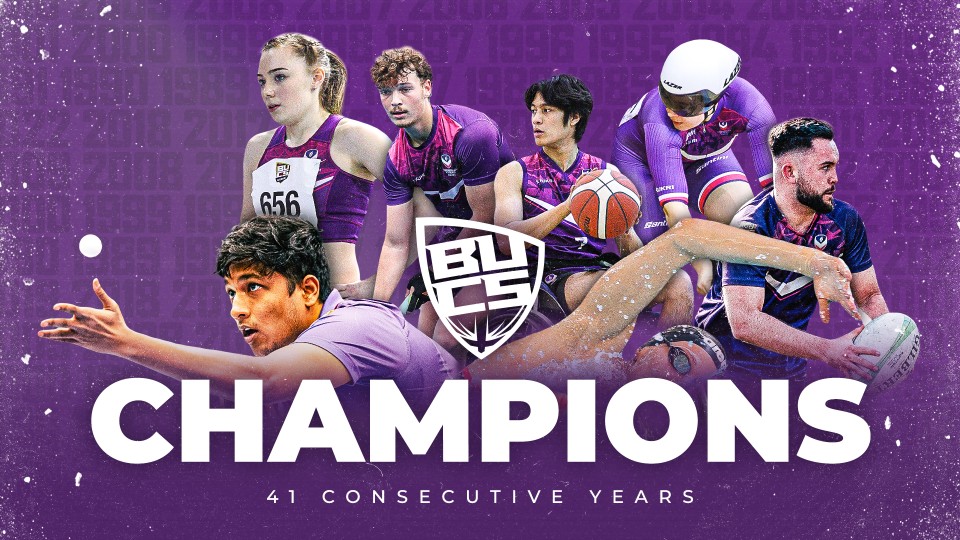 Loughborough’s total score of 8026 points is a championship record and saw the University finish almost 1,500 points clear of second place University of Nottingham.

Loughborough was also the top university in Athletics, Swimming, and Cycling respectively.

The 2021/22 season saw the resumption of a full programme of competition following the cancellation of the previous campaign due to the COVID-19 outbreak.

“This title is testament to the hard work of our athletes, coaches, practitioners, and wider support teams.

“To win every BUCS title since its formation is nothing short of astounding and we’re extremely proud that the 41st title has been achieved with a record points total.”

BUCS provides a broad competitive offer for higher education sport in the UK and supports and promotes the lifestyle and educational benefits of participating in sport.

Each year it delivers more than 50 sports across a varied programme of over 5,800 teams and individual competitors.