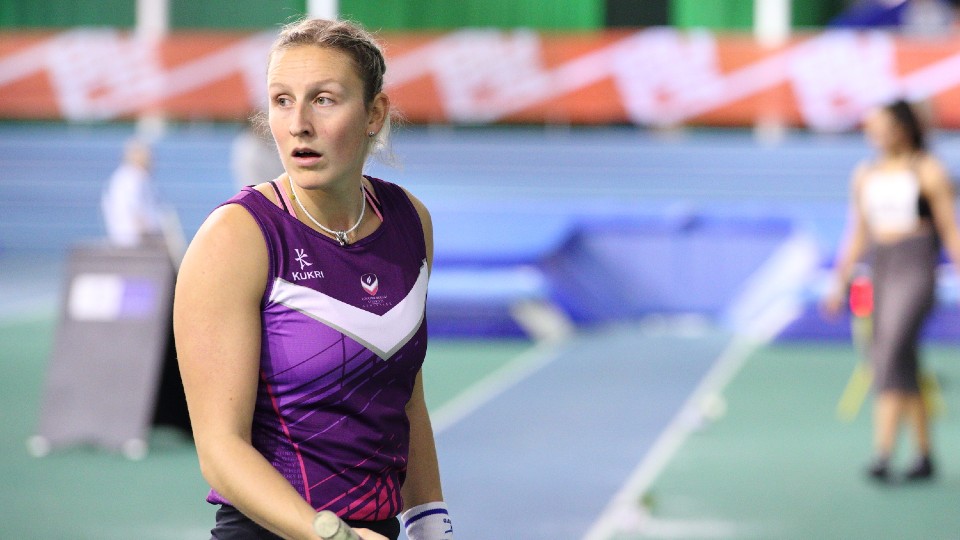 Loughborough's Holly Bradshaw suffered heartbreak in Oregon as her pole vault snapped during one of her jumps. Image provided by Still Sport Photography.

The World Athletics Championships in Eugene, Oregon started on the 15th July, with a strong representation from Loughborough athletes.

Former student and Loughborough-based Joel Clarke-Khan, competing in the high jump, couldn’t quite match his season’s best of 2.27, clearing 2.21m to finish 12th in his pool. Training partner and Loughborough alumna Morgan Lake was devastated to report she had tested positive for COVID just before her high jump qualifying pool, leading to a withdrawal and subsequent isolation period. Fellow Loughborough high jumper Emily Borthwick was unable to make it to the final after clearing 1.81m.

There was heartbreak for Olympic bronze medallist Holly Bradshaw as for the first time ever she broke a pole during one of her warm up jumps, causing significant pain and potential injuries. After receiving on field medical treatment, and attempting to continue, she made the sensible decision to withdraw in an attempt to prepare for the Commonwealth Games and European Champs taking place later this summer. Training partner Molly Caudery couldn’t quite capitalise on her recent excellent form, and had to settle for 12th place in qualifying with a vault of 4.20m.

Two of Loughborough’s BUCS record breaking 4 x 400m relay quartet were in action for their respective countries in the mixed 4 x 400m, with Chris O’Donnell leading off Ireland to a place in the final where they finished in 8th place. Unfortunately the GB&NI team that Alex Haydock-Wilson ran in failed to get through the first round to the final. Both athletes successfully navigated the heats of the individual 400m with Haydock-Wilson running a season’s best 45.62 and O’Donnell running 46.01 to make it through to the semi-final.

The action continues throughout the week.