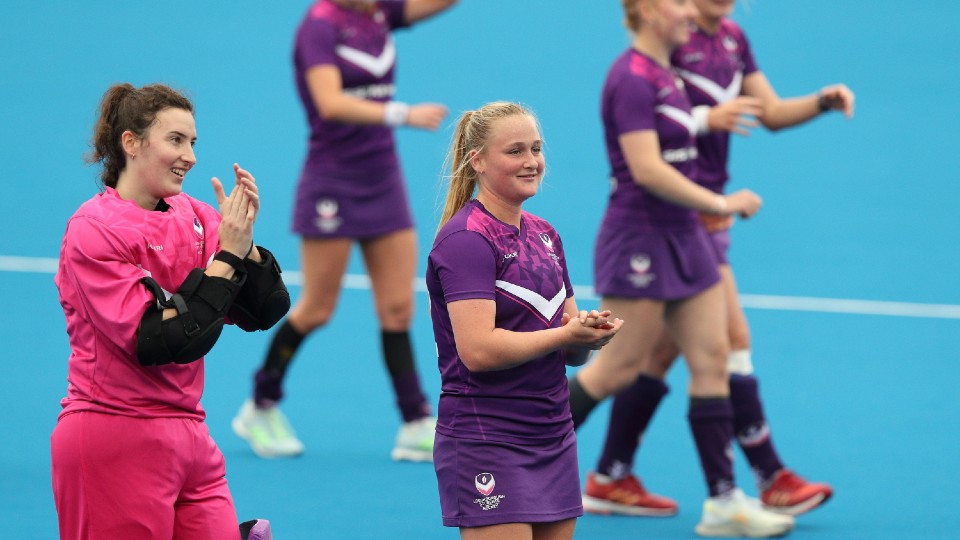 (L-R) Miriam Pritchard and Olivia Hamilton have been added to the Great Britain women’s programme for the Paris 2024 cycle. Image provided by Still Sport Photography.

Loughborough hockey duo Olivia Hamilton and Miriam Pritchard have been added to the Great Britain women’s programme for the Paris 2024 cycle.

Current student Hamilton and recent graduate Pritchard have both been selected after impressing during the Talent Confirmation process over the last few months.

Both players will now join the squad as preparations begin for this summer’s Commonwealth Games in Birmingham and the Paris Olympic Games in 2024.

“We’re so pleased for Liv and Mim on their GB women’s selection as they continue their Hockey journey. Both players have worked exceptionally hard and they now have a fantastic opportunity to showcase themselves on the world stage.

“As always, we’re really proud of our Loughborough athletes who progress to international hockey, joining a long line of alumni who not only represented GB but have also won medals.”