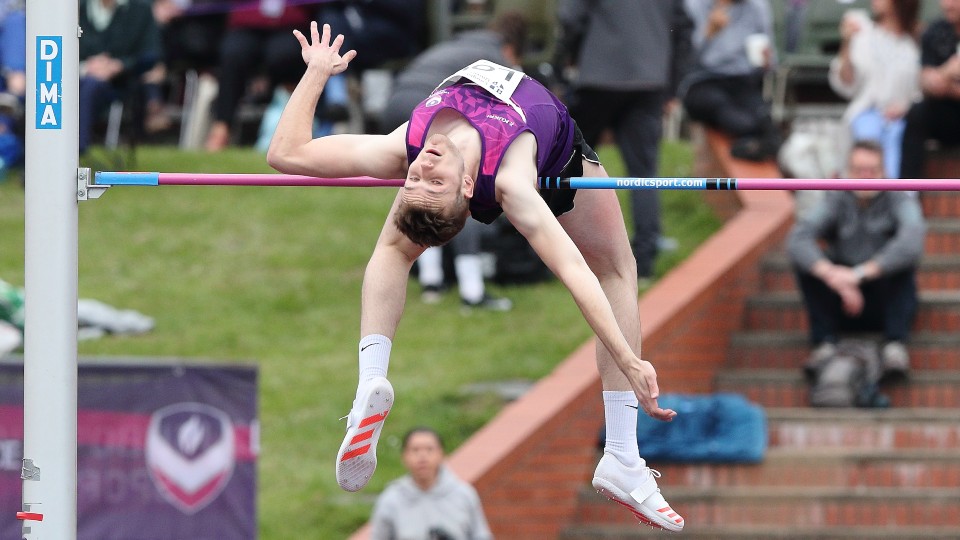 Alumnus Will Grimsey is one of many Loughborough-linked athletes selected for the home nations. Image: Still Sport Photography.

Loughborough students and Loughborough-based athletes have been selected to compete for their respective home nations at the new DNA Indoor athletics competition in Glasgow on the 5th February.

The indoor athletic competition, supported by European Athletics, will see teams from Scotland, Wales, England, Ireland, Spain, and Portugal compete across selected events in the Emirates stadium in Glasgow. The innovative concept will see mixed event and gender relay teams, all-final track events and head-to-head field events across a two hour period where each event will be showcased one at a time.

The overall team standings will remain open and unpredictable until the final event (the Hunt) which will determine the winner.

Current students Ben Higgins, Tom Wilcock and David Locke will receive senior representative vests alongside Loughborough alumni and Loughborough-based athletes in this jam-packed year for athletics which will see three major Championships over the summer with the World and European athletics Championships sandwiching an England home Commonwealth Games.

Femi Akinsanya, Director of Athletics, said: “It is great to be back to a full indoor season again and to look forward to innovative new competitions like the DNA Glasgow meet. Massive congratulations go to students Ben, Tom and David and their coaches for the senior international call ups. It’s also great to see so many familiar names across the teams highlighting the impact Loughborough has on athletics in the UK.”

Further information on the competition and its format can be found here: Dynamic New Athletics a new athletics for a digital world - DNA