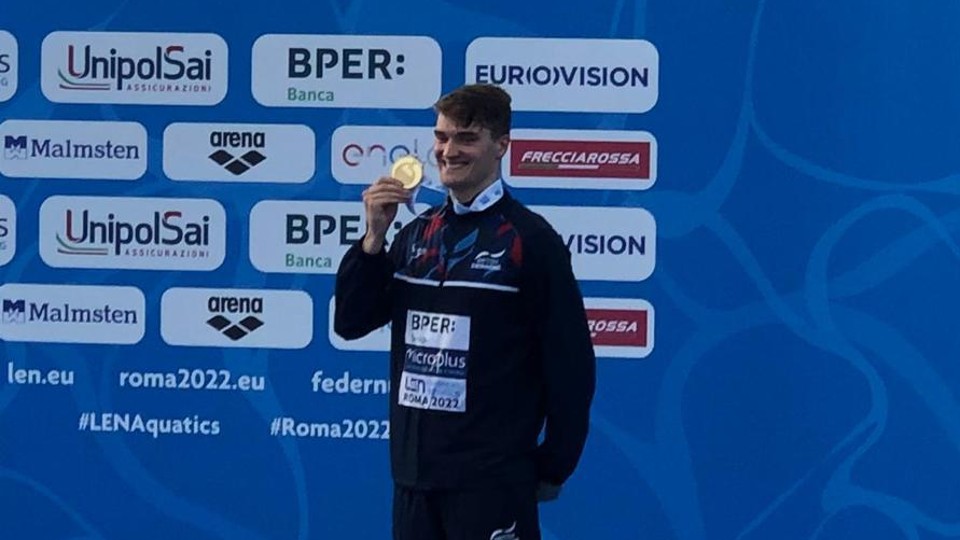 The 28-year-old can now add a European crown to his growing collection of medals after another classy performance in Italy’s capital city.

Wilby produced a strong swim to move through the field, taking the title in 2:08.96.

"The whole of the GB team are digging in deep after all the internationals we've had,” he said.

"It's a case of getting in there, being brave and fighting for it. It was a difficult race but I'm really chuffed with the result."

Elsewhere, there were more medals for Loughborough athletes as alumnus Luke Greenbank claimed bronze in the 200m backstroke with a time of 1:56.15.

Anna Hopkin, who trains at the University, was also part of Great Britain’s women's 4x100m Freestyle Relay who won gold, clocking the third-fastest split of the entire race.

The 2022 European Aquatics Championships are held in Rome between 11 August – 21 August.