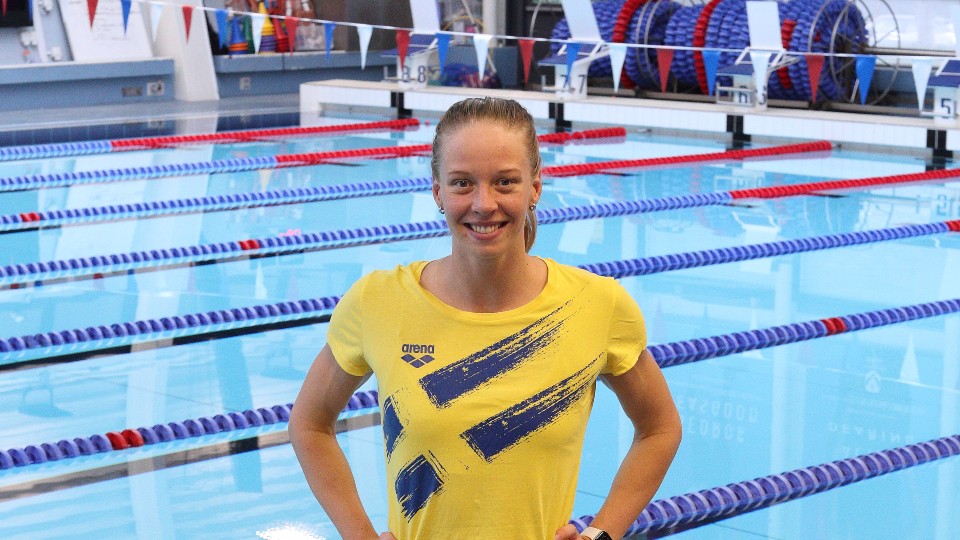 Louise Hansson student continued her fine form on the international stage by winning gold in the 100m butterfly at the European Aquatics Championships.

The Swede produced a storming last length to take victory in 56.66, ahead of Loughborough alumna Marie Wattel (Sport Management) who clocked 56.80 to take silver.

Hansson’s gold is another example of how the swimmer rises to the big occasion. Last year, she enjoyed an unbelievable FINA World Championships, coming home with six medals to her name.

“It was a huge race. Everything went as we had planned with my coach and I’m so glad that I could deliver. This is my first individual gold, so I’m really happy to go home with this gold in my bag as I think the whole country will be proud of me.”

Hansson also secured bronze in the women’s 4x100 freestyle final to cap a brilliant meet for the 25-year-old.

Another Loughborough student, Felix Auboeck, also made the podium by winning bronze in the men’s 200m freestyle. The Austrian powered through to take third in 1:45.89.

Elsewhere, there was a third medal of the championships for Loughborough-based Anna Hopkin.

Hopkin said: "It was great to get on the podium, to get silver when it was so close between bronze and silver, it was amazing that Freya managed to get the touch. It's always special to be on the podium, no matter what the times are or how we're feeling, it really lifts us up."

There were also medals for Loughborough duo Lauren Cox and Greg Butler as they claimed bronze for Great Britain in the mixed 4x100m medley relay for contributing in the heats.

The 2022 European Aquatics Championships are held in Rome between 11 August – 21 August.