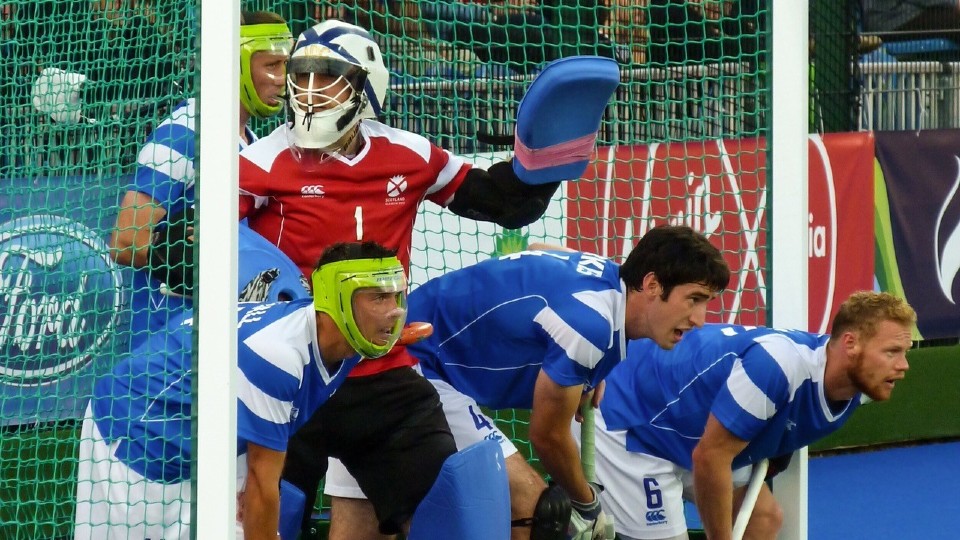 Jamie Cachia during his playing days as a goalkeeper.

Loughborough University is delighted to announce the appointment of Jamie Cachia as its new Women’s Hockey Performance Head Coach.

The former Scotland international goalkeeper joins Loughborough after a successful period at Birmingham University where he oversaw both the Men’s and Women’s performance programs.

During an impressive 13-year international hockey career, he earned 50 caps for his country. Most recently, Jamie has also held the position of Assistant Coach to the Scotland Men’s senior team.

“I’m incredibly honoured to have the opportunity to lead the women’s program here at Loughborough,” he said.

“It's a huge challenge but one that I’m looking forward to. Having spent some time with the team and the support staff, it’s evident that there are fantastic people here. I’m confident that together we can deliver on giving the students the best hockey experience.

“Loughborough has an incredible history of developing some of the best hockey players and coaches in the country, so it’s a massive opportunity for me to contribute and hopefully improve on what we have delivered previously.

“I want to create a family environment where we support and care for each other but equally challenge each other to be the best we can be. I can’t wait to get started.”

For more information on hockey at Loughborough, visit HERE.