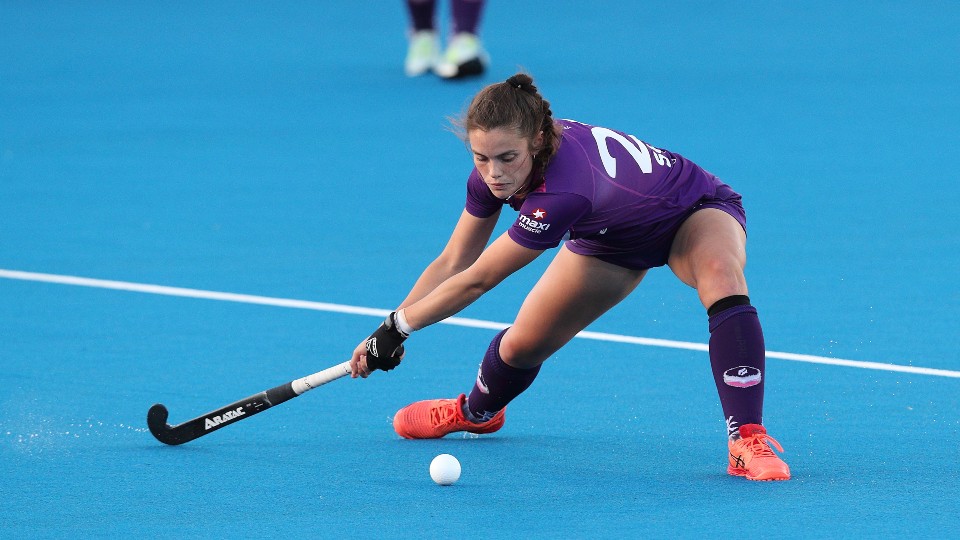 Loughborough’s Lorna Mackenzie has been called up by England Hockey senior women’s squad for this weekend’s FIH Hockey Pro League games away to USA.

The current student was part of the recent bronze medal-winning Junior World Cup squad in South Africa – that also featured Loughborough’s Beth Alexander – and her performances have now earned her place on the senior roster.

Mackenzie will join current Loughborough students Olivia Hamilton and Izzy Petter in the 21-strong squad that features a total of nine players who have worn the African Violet of Loughborough throughout their sporting careers.

“We’re delighted that Lorna has earned a call-up to the senior squad after a series of impressive performances at the Junior World Cup.

“She has demonstrated a level of maturity to her game and stepped up to the demands of international hockey well and that’s full credit to Lorna.

“We would also like to congratulate Beth Alexander on her bronze medal, and we wish her a speedy recovery following injury.”

“To have nine players in the squad with Loughborough links is brilliant to see. As a university, that’s something we’re immensely proud of.”

The team led by David Ralph’s will play two matches at Chapel Hill, North Carolina, with both games shown live on BT Sport: