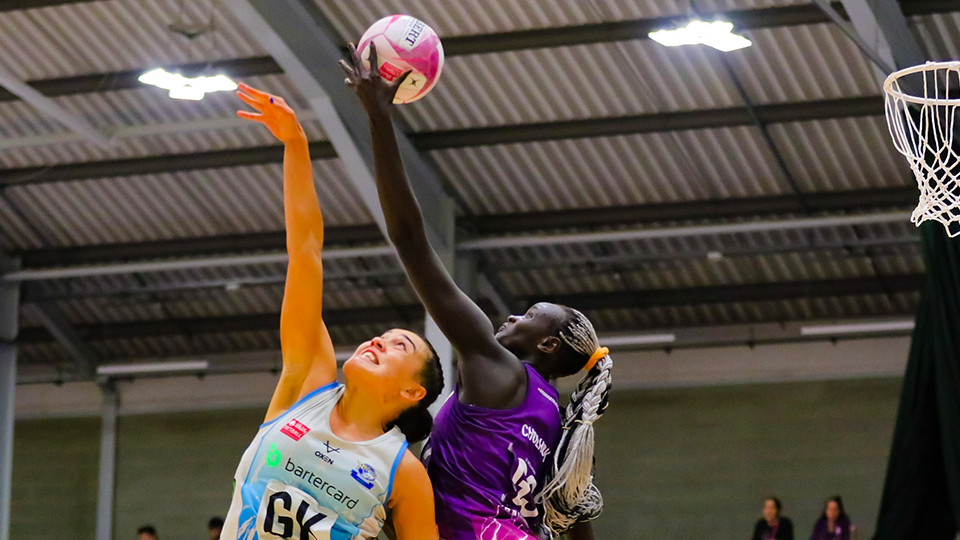 Loughborough Lightning ground out a second win in as many days on Monday night with a 62 - 54 victory over Leeds Rhinos.

Lightning were back on court for their second clash of the weekend, welcoming Leeds Rhinos to Loughborough University for the first time in the 2022 Vitality Netball Superleague.

Lightning’s starting line-up was without captain fantastic Nat Panagarry who sadly sustained an injury in the round 11 clash with London Pulse. Also absent from the match day squad, Clark and Bowen were forced to watch from the side-lines due to illness and injury.

After an impressive start just two days prior where Lightning secured an early lead of fourteen points, the home side were keen to replicate their performance this time against the Yorkshire based visitors.

Coming into the match with back-to-back player of the match performances, Hannah Joseph led by example in her role as captain, with pinpoint feeds into the circle to the dominant Cholhok. Keeping the ship steady, Vitality Roses stalwart Beth Cobden remained calm through court despite Rhino’s feisty offence, stealing the oncoming ball to give her side vital opportunity to convert.

The second quarter got underway much the same as the first, with both sides converting each centre pass. But with Liverseidge attacking the circle edge and slotting long bombs through the net, Lightning soon pulled ahead by two. Young England U21 Hannah Williams worked closely with Joseph to maintain dominance through court despite coming up against England’s most capped player and former Lightning captain in Jade Clarke. Lightning found their groove and to the delight of the home crowd, ended the opening half ahead by seven.

An unchanged side returned to court in the second half, determined to close out the match and extend their lead. Widening the gap to ten within a matter of minutes, Lightning pressed down on the pedal in their defensive unit, wreaking havoc on South African International and Leeds Rhino shooter Sigi Burger’s attempts at goal. A delay in play due to injury to Lightning’s Cholhok saw Loughborough University student Emma Thacker take to court in her place. Thacker impressed for the first time in a Lightning dress at the 2021 Fast 5 competition, where Lightning fans were treated to her notable ability to sink a shot from afar, and tonight’s clash was no different. Needing little time to settle into the match, Thacker was soon adding vital points to Lightning’s tally as the clock ticked down.

The final quarter opened with Zan Vimbela taking on the GK position as Alice Harvey took a well-earned rest. Continuing to apply pressure to close the gap, visitors Leeds Rhinos stepped up the physicality. Changing up their defensive unit and reintroducing Lightning’s Hall of Fame member Vicki Oyesola, Rhinos looked to level the score, but Lightning had other ideas. Remaining levelheaded and unphased by the night’s events, they ground out the win with composure and confidence.

Head Coach Vic Burgess was keen to express her pride in the side’s win, after a difficult week;

“Rhinos brought it to us tonight and really put us under pressure, so for us to come through and fight until the end was really pleasing. We’ve had a tough week this week with illness and injury amongst the squad and the girls have really stepped up when we’ve asked them to. I’m really proud of them.”

“We learnt a lot from the Thunder game. We asked of each other a better start and against Pulse we showed that. Tonight, in the second quarter we really took it to them and showed that we can step up when it matters and as a squad we were able to get through with lots of combinations that really made an impact.”

Looking ahead to Lightning’s next outing;

Beth Cobden was deservedly named the Computacenter Player of the Match after a strong performance on court. Reflecting on her side’s win, she commented; 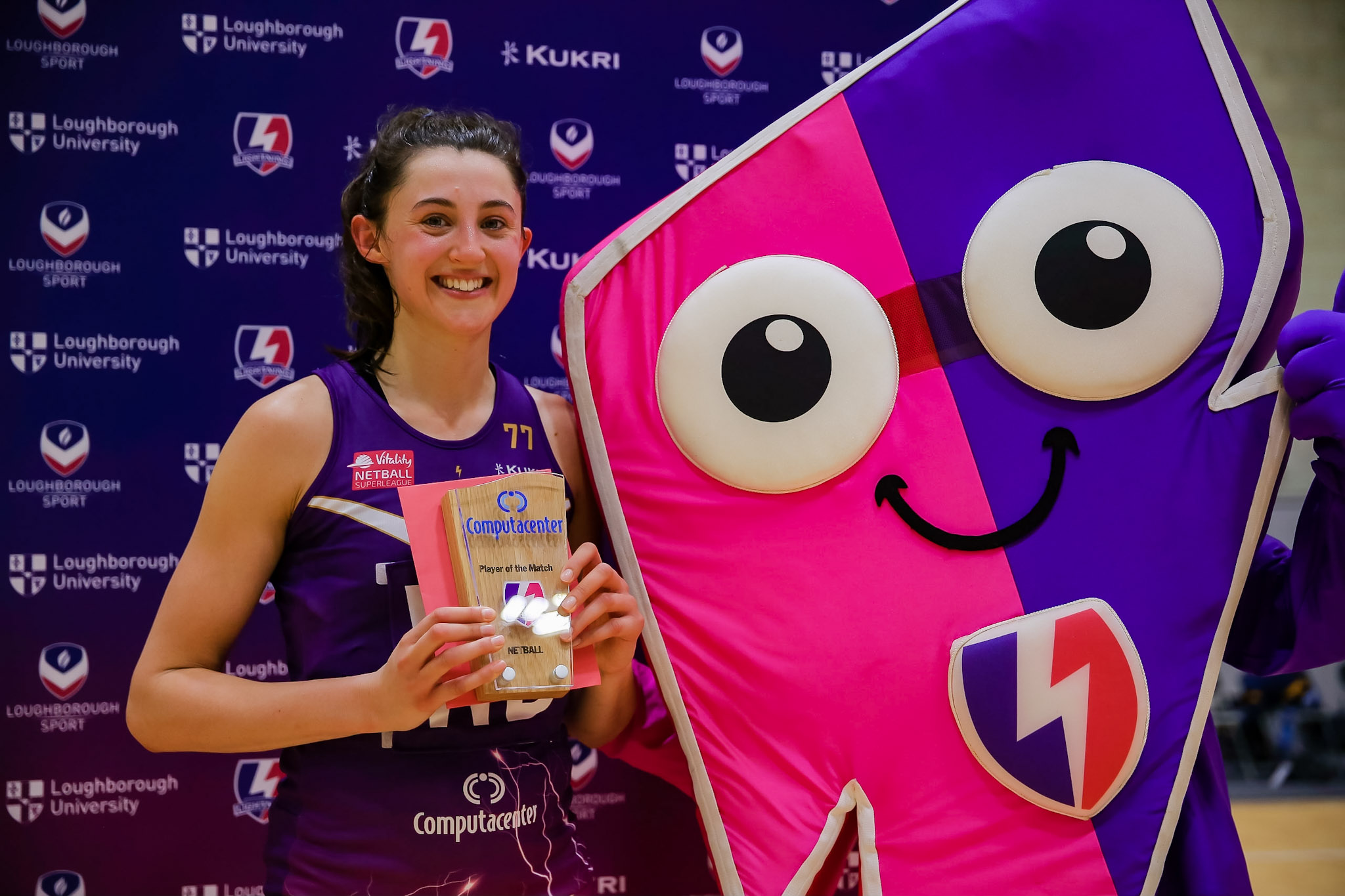 “It was a really gritty performance from everyone tonight. It was great to see Emma come on and really step up, I’m so proud of her and it was just a really great team effort tonight.”

“It’s always tough to do a double header, but that’s the importance of having a big squad and making sure everyone can come in at any point and make an impact, which I think we proved today.”

Lightning are back in action across the Easter weekend taking on Surrey Storm and Celtic Dragons as part of the VNSL Spring Showdown at Birmingham’s Resorts World Arena. Why not treat yourselves to an action-packed weekend of live netball by securing your seats now. Visit www.netballsl.com to buy.