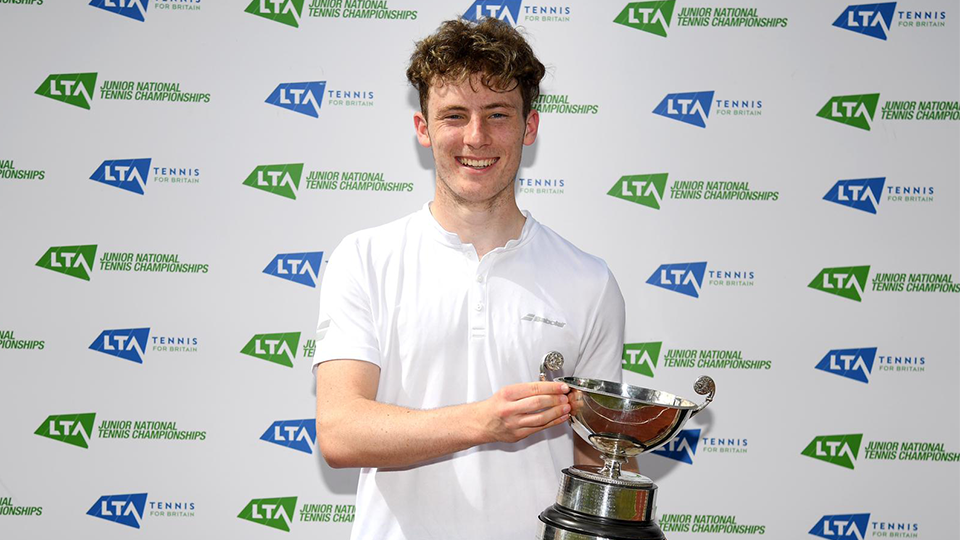 Loughborough’s Mimi Xu and Luca Pow stole the show, securing the Boy’s and Girl’s singles titles and in the process earning themselves a wild card entry for Wimbledon qualifying, as well as a guaranteed place in the Junior Championships which takes place at Wimbledon this summer.

Luca Pow beat out the defending champion and number one seed Will Jansen to claim the win, whilst Mimi Xu took on fellow teammate Talia Neilson-Gatenby in an all-Loughborough final.

Claiming the U18 title at just 14 years of age, Xu also has the chance to ‘do the double’ this week in the U16 competition.

“I enjoyed every moment of it,” said Bridgend-born Xu.

“I have been playing well and I’m so happy to come through. The first set was a good level from me and then Talia raised her game. I am back for the under-16s next week and hopefully I can play well again.” 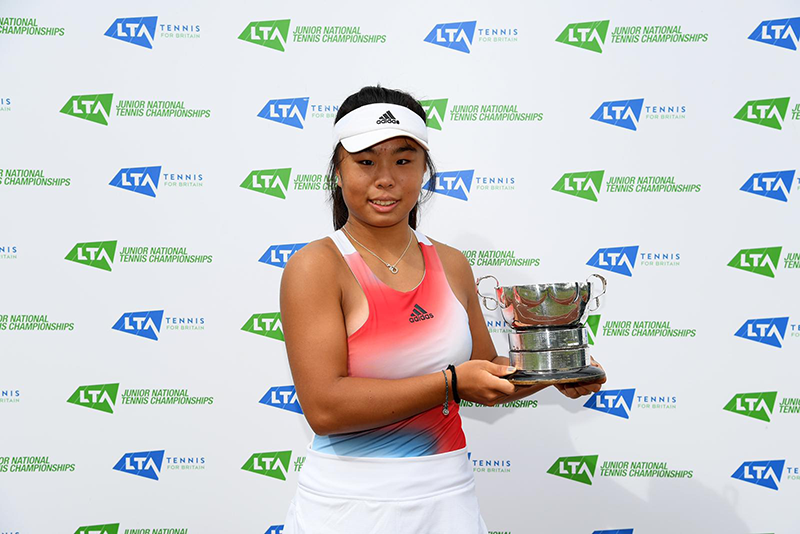 “It feels good seeing my name on the trophy,” said Pow.

“It was tough playing outside after playing our last two matches indoors and Will started off strong. I went 4-2 down in both sets and manged to come back to win.”

“The backing we are getting from the LTA and the coaching team at the National Academy is giving us a massive help and we are grateful for the support we get.”

Proud of his team’s success and prominence in the medal table, Head Coach Nick Cavaday commented;

“As an academy, it is always great to see so many of our players competing so well at the National Championships. Having a LUNTA player win all 4 of the titles is a great achievement and is something the whole group can be proud of.

“The most pleasing aspect was the quality of tennis on display this year. All of the finals were played to a very high standard and were extremely competitive. This year’s edition of the U18 British National Championship really was a fantastic representation of British Tennis.”said Cavaday.

Also taking home silverware, LUNTA’s Given Roach claimed Gold in the girl’s doubles, whilst Henry Searle teamed up with Luca Pow to earn themselves the boy’s doubles title.

The Loughborough University National Tennis Academy provides a transformational tennis development environment that aims to prepare players for a future in professional tennis. In partnership with the LTA and as a major transition point of the player pathway, the National Academy offers a bespoke programme of world class coaching and integrated performance support alongside excellent education and pastoral care support, to help optimise each player’s journey as a person, performer and player.

Given Roach (with partner Millie Skelton from Stirling Academy)