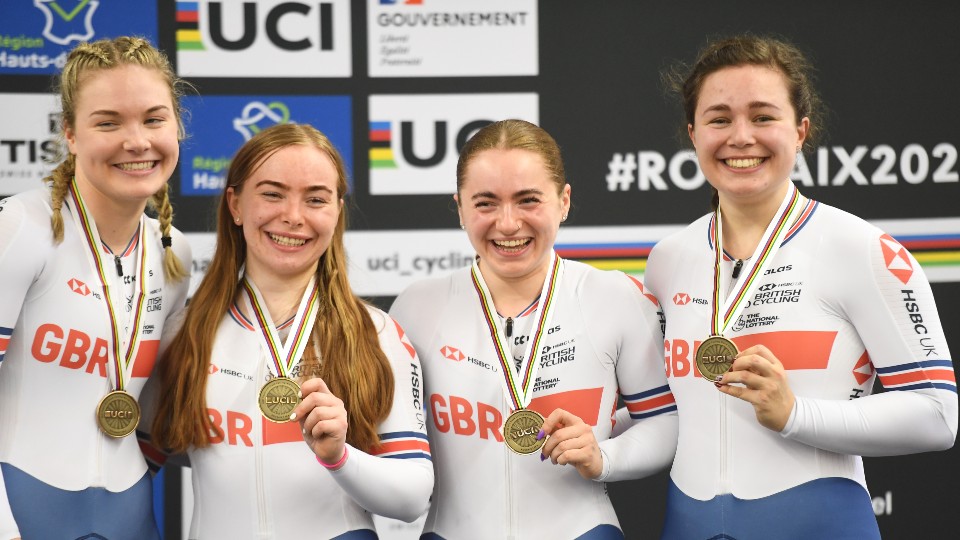 Loughborough’s Joe Truman and Sophie Capewell turned on the style at Senior European Track Championships as the pair’s performances secured their places for the Track World Championships.

Competing in the sprint events in Grenchen, Switzerland, the current Loughborough students achieved impressive fourth and fifth finishes and joined British Cycling’s squad for the Championships in Roubaix, France.

Capewell looked in fine form, taking a bronze medal as Loughborough’s credentials on the world stage continue to grow.

Both students are currently on stretch degrees, combining competing with British Cycling and studying on campus.

“For two Loughborough students to be combining prestigious academic degrees with world-class cycling is validation of our belief that elite cycling and higher education does not have to be a choice for talented young people. Loughborough has an impressive track record of supporting world-class athletes in our multi-sport environment, and we are now breaking new ground in cycling too.”

“I’m very proud to be studying at Loughborough, there is no university I’d rather be at when it comes to balancing elite sport and higher education.

“Loughborough has given me the opportunity to continue my career as an elite sportsperson while at the same time earning a highly respected degree, which is something I never expected to be possible. I’d encourage anyone interested in furthering their athletic and educational career to get in touch.”

“With a number of our Tokyo Olympians taking a well-earned break, these major events provide a chance for our developing young riders to lay down a marker of their intentions for Paris 2024 – something which I know Sophie and Joe are both keen to do.

“At the Great Britain Cycling Team, athlete welfare is central to our operations, and this includes supporting individuals with development opportunities away from the bike with the guidance of our Performance Lifestyle Team.

“Being able to combine a focus on Olympic sport while studying for a degree is an example of this, and we are very pleased that we have this relationship with Loughborough University to allow the flexibility for this to be possible.”

For further information on cycling at Loughborough visit HERE.