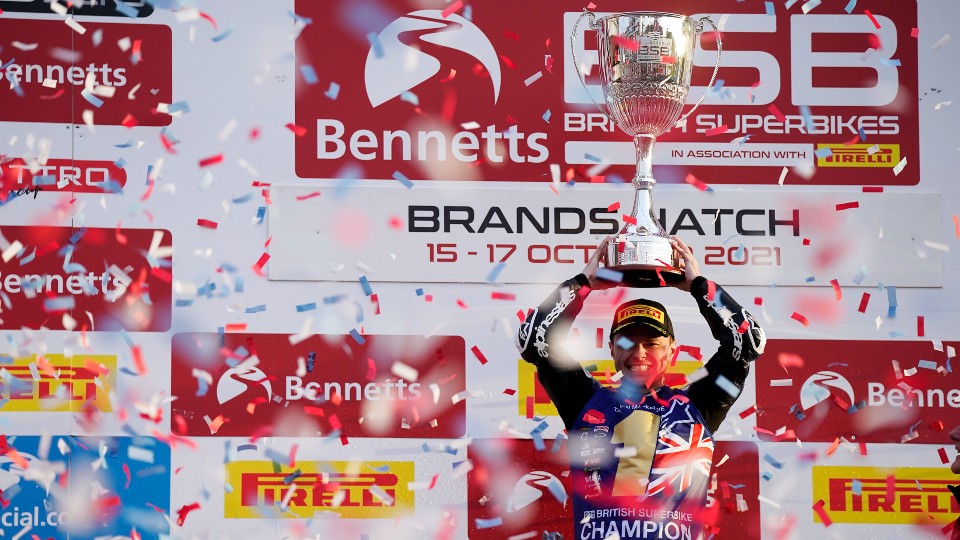 A phenomenal year from McAMS Yamaha riders Tarran (Taz) Mackenzie and Jason O'Halloran was topped off by Tarran taking the British Superbike Championship after winning a sensational treble on the track.

The wins took his personal tally to 10 for the season and saw him match the achievement of his father who won the championship 25 years earlier.

Jason pushed hard throughout the weekend to keep the pressure on Mackenzie and came away with two further podiums to finish third overall in the championship.

During the weekend, O'Halloran achieved his 50th career British Superbike Podium and 22nd of the season which capped off an unbelievable season with a total of eleven race wins.

Steven Harris, Performance Physiologist, Loughborough Sport – whose team has helped the riders throughout the campaign – said:

"It was a phenomenal weekend to see Taz take the championship. He's worked hard through many ups and downs this season and has taken it to another level during the showdown.

“Jason also had his best season in his career, winning at almost every track. I'm sure he won't be satisfied with third and will be back working harder than ever for 2022."

Further news from the MacKenzie family saw Taylor MacKenzie bow out from racing after the season finale.

He took pole for the final Superstock race of the season and held the lead until late in the race. Taylor finished his season 6th in the championship which saw him stand on top of the box three times.

"It's been great working with Taylor for the last two years and we wish him the best for the next stage of his career. We've worked through a major knee injury and reconstruction surgery, so it was great to see the wins this season justify the hard graft put in."

Elsewhere, OMG Racing announced big news for 2022 at the start of the weekend. Next year they will be shifting manufacturer to Yamaha whilst retaining all three riders - Brad Ray, Kyle Ryde, and Billy McConnell.

"There were some real highlights to the season where we saw Brad & Kyle grab their first podiums with the team. It was great to see Billy grab an elusive win this weekend after eight previous visits to the podium.

“The news is an exciting opportunity for the team and riders and we look forward to working with the team to fight for more podiums in 2022."

Riders who utilised Loughborough Sport Services during the 2021 campaign in total achieved 63 podiums in 51 Races across the British Superbike and Superstock Championships.