Loughborough serves up an ace with key tennis events 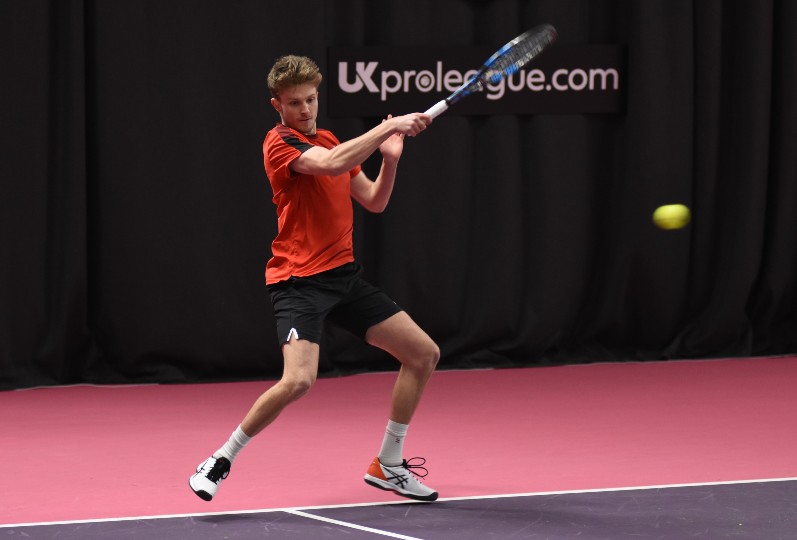 Loughborough University has welcomed some of the country’s top young tennis talent as the UK Pro League tennis tournament gets underway on campus.

The event, held in a Covid secure environment at the University’s Tennis Centre, will see a mix of young men and women players aiming to secure victory in a tournament that starts in a round robin format before proceeding to the knockout stage.

Loughborough, as hosts of the event, were designated two wildcard entrants for alumni duo George Houghton and Olivia Nicholls, who will be joined in the draw by current students Nadia Rawson and Ella Taylor, and Loughborough University National Tennis Academy player Kylie Bilchev.

Each match will be broadcast through BT Sport – via the app and its main channels – and the UK Pro League’s YouTube channel.

“We’re delighted to host the UK Pro league for the first time and it’s great that Loughborough University campus provides a Covid secure environment for elite-level players to have the opportunity to compete.

“With current restrictions making travel difficult, the competition represents a fantastic opportunity for British players to get some match practice and as well as earn prize money on home soil.

“The opportunity for our Loughborough-based players to compete in this environment against high calibre opponents –  alongside the experience of playing in front of the TV cameras –  will be invaluable for them in their further careers.”

Loughborough will also welcome some of the world’s best wheelchair players to campus later in the month, after confirming the Loughborough Indoor Wheelchair Tennis Tournament will take place from 23 to 27 March.

The tournament, hosted in collaboration with the LTA, will be a behind closed doors international event and is part of the governing body’s continued drive to provide opportunities for players to compete within limitations caused by the Covid-19 pandemic.