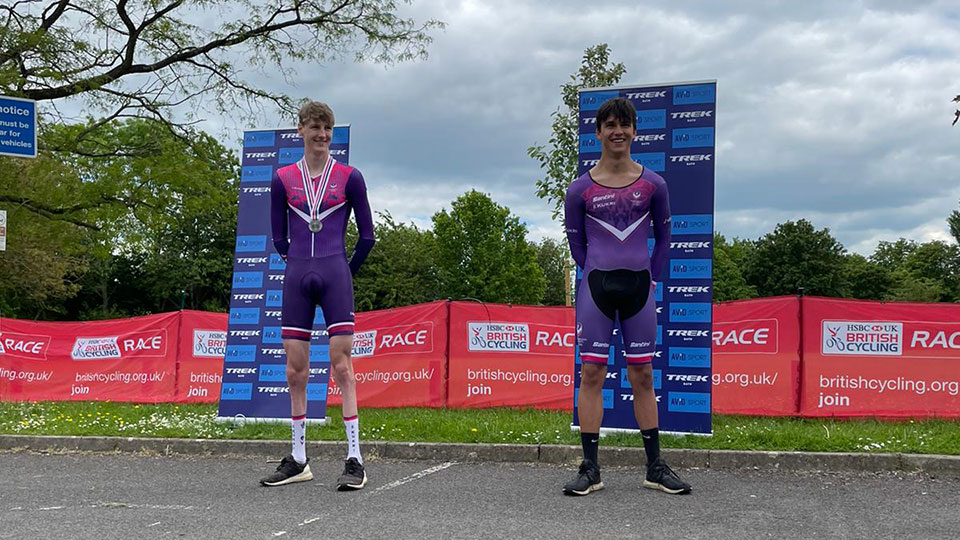 Held in the World Heritage city of Bath, the competition took place in the countryside around the city and on the purpose-built circuit at Odd Down overlooking the picturesque landscape.

There was also great success in the Women’s event as another brilliant ride from Millie Cass saw her claim the silver medal in the C1-C5 category.

The 1.5km circuit race also saw more excellent performances from those with Loughborough links. With its fast-sweeping bends and two tight hairpins, the course is guaranteed to produce fierce racing and it was Henry Urand who once again came out on top to win the Men’s C3 category.

In a competitive race, it was a deserved Loughborough one-two with Charlie Stanton-Stock taking his second silver of the weekend.

Millie Cass was another familiar face on the podium in the Women’s C1-C5 category, taking bronze after another strong ride.

“It’s brilliant to see Loughborough students at the top of the national Para-Cycling championships and underlines our ambitious plans to grow and develop Paracycling at the University.

“For Henry to have won two national titles in his first championships is an exceptional achievement and backed up by further great performances across the board.”

“For Loughborough to come away with three national titles and seven podium finishes is testament to the hard work of the riders and is a sure sign of our commitment towards developing Para-cycling at Loughborough.”

For more information on cycling at Loughborough, visit HERE.