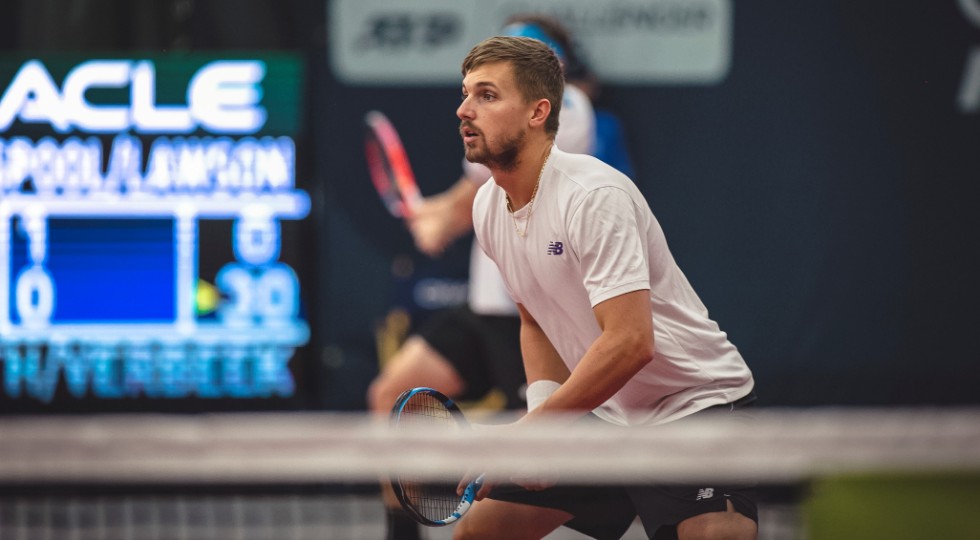 Lloyd will also study at the University in the School of Business & Economics on The Loughborough Executive MBA programme as he balances his sporting commitments both in Loughborough and on the world stage.

The 26-year-old University of Texas alumnus has a current ATP Ranking of 455 (singles) and 179 (Doubles). He also recently figured in Jamie Murray’s ‘Battle of the Brits’ tournament in London, partnering Dan Evans in the doubles where the duo we’re edged out in the final.

“To join Loughborough is a huge honour and one of the biggest attractions for me was the standard of elite-level support teams on campus. Tennis is a huge part of my life, but it also means a lot to have a strong education. Loughborough gives me the very best level of both aspects, and I can’t wait to get started.”

“We are delighted to be able to welcome Lloyd to the team. He brings a wealth of experience; both from his time at the University of Texas and his time on the tour, we look forward to him being the spearhead of our Men’s team in the next few years.

“His performances at the Battle of the Brits event recently at the National Tennis Centre only further highlighted his potential to climb the rankings further. We have outstanding support staff in place here to be able to support Lloyd in achieving that potential.

“The recruitment of Lloyd further outlines our desire to be considered a legitimate dual career pathway to the Pro Tour.”

Dr Belinda Dewsnap, Director of the Executive MBA programme, outlined that Lloyd will be joining a three-year transformational MBA programme that is designed to develop tomorrow’s leaders.

“Building on our experience of working with professional athletes, we are looking forward to helping Lloyd pursue his EMBA studies concurrent with his professional tennis ambitions and continued achievements on the Pro Tour.”

For more information on Loughborough Tennis click here and for the School of Business & Economics, visit here.