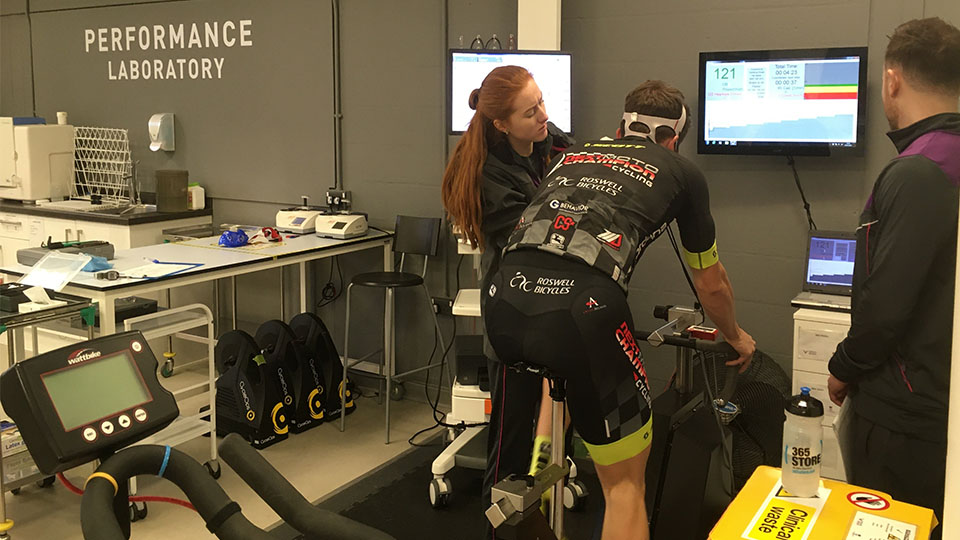 Federico Caricasulo and Garrett Gerloff have been making the most of Loughborough’s Performance Centre in preparation for their debut seasons with Yamaha’s GRT WorldSBK Junior team.

Staying at the Elite Athlete Centre and Hotel, the young riders were looking at ways in which they can improve their respective training and diet plans to maximise their potential and gain an edge on the track as they adapt to a heavier, more powerful bike.

Yamaha, who finished third in the manufacturers' standings last year, will be looking to improve on a single round win in 2019. Italian rider Caricasulo, 23, is making the step up from WorldSSP, having finished second in last year’s standings.

“As an athlete, I think coming here is amazing. The facilities are great, and you can train for any sport,” he said.

Asked about how these tests will help in his rookie season, Caricasulo explained: “These tests are particularly useful for me this year, having moved up a class. It gives me an insight into where I’m at physically and shows me what aspects of my training I need to change to have the best physique for superbikes.”

His teammate, Gerloff, has also been promoted to the WorldSBK class, having won two MotoAmerica Supersport championships in three years.

The 24-year-old Texan will be waving the American flag overseas in 2020 for the first time since Ben Spies 11 years ago.

Asked about his impressions of the Performance Centre, he said: “Everything here has been next level. Everything is super modern; I feel like we’re in a real research institution.

“It’s cool to see all the technology, all the different things that you can look at for someone’s physiology, and to come away with some hard numbers that can really help us improve our training. Hopefully, they will also improve the results we get on the Yamaha R1 bike,” he added.

Gerloff was impressed with the extent of the testing, as well as the level of detail provided by the Performance Support team in their analysis and advice, saying: “I know those last little details are going to make a big difference for the results that we get and the overall picture that we have of ourselves.”

He is hoping that these sessions and the guidance from Loughborough’s experts in physiology, nutrition and strength and conditioning, will help him on his path to the top of the sport.

“I want to be a world champion, that’s the goal. Getting the steps right to achieve it can be the hard part, but I think this is one of the steps that will help me in achieving that goal one day.”