Ruddock and Lane-Wright called up to British Cycling squad 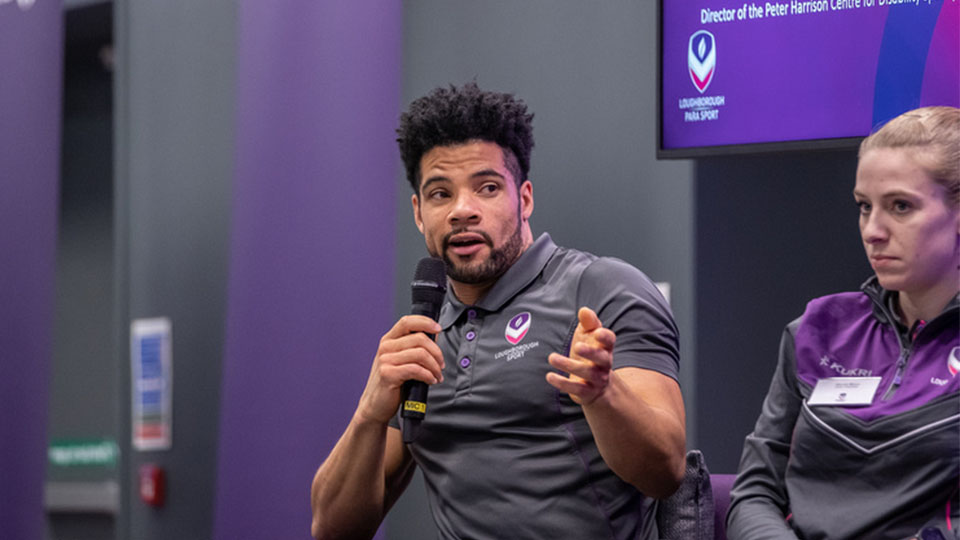 Loughborough University alumni Sam Ruddock and Crystal Lane-Wright have both been named as part of the 23-strong British Cycling squad which will contest the UCI Para-cycling Track World Championships in Milton, Canada.

In what is the final major international track competition before the Paralympics, Sam Ruddock will compete in a cycling world championship for the first time.

Sam, who graduated with a BA Hons in International Relations in 2012, previously contested in track and field events at both London 2012 and Rio 2016 and has been rewarded for his hard work since focussing his efforts on the bike.

Lane-Wright, a graduate of the MSc in Sport & Exercise Nutrition programme, will line up in a strong women’s team as the riders continue to build towards the Tokyo 2020 Paralympics.

“Congratulations to both Sam and Crystal on their selection and we wish them the very best. For Sam in particular, who currently trains at Loughborough, this is a special moment as it will be his first World Championships as a Para-Cyclist.

“It’s great to see Loughborough graduates representing on the World stage and this year is of particular significance given that it is a Paralympic year.”

“I’m excited to see what this team can deliver, as this event is an important milestone which will really start shaping the team for the Paralympic Games. We have selected a strong team with a focus on strengthening our qualification status and building momentum towards Tokyo, following the successes of each previous track world championships in this Paralympic cycle.”