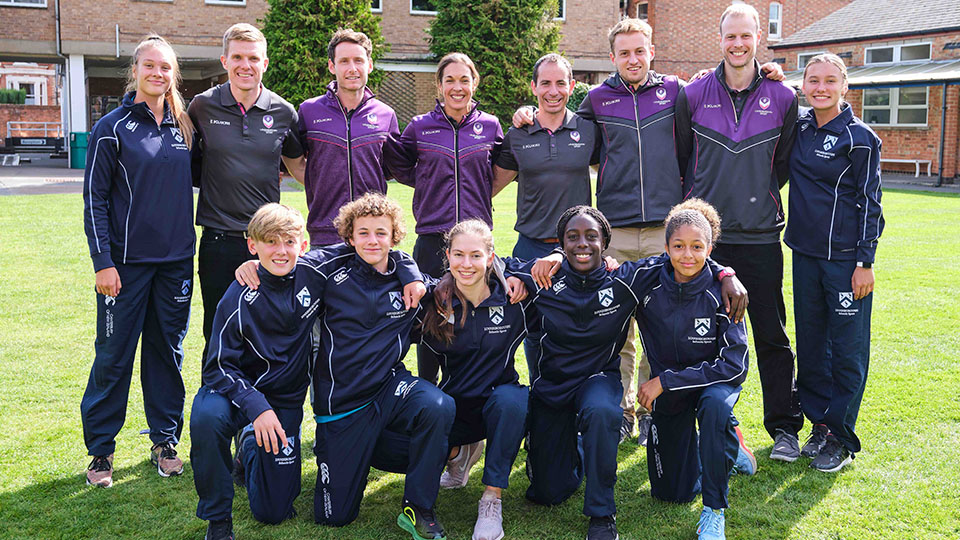 The Loughborough University National Tennis Academy has officially opened its doors to the next generation of talented British tennis players.

Devised by the LTA, the National Tennis Academy will play a crucial role in the implementation of a new seamless player pathway with the aim of making Britain one of the most respected nations in the world for tennis player development.

The first cohort of eight students have arrived on campus and will each receive a bespoke training programme delivered by a team of world-class coaches, performance lifestyle and education experts, and sport science and medicine practitioners.

The coaching delivery will be led by Nick Cavaday, who has previously worked with British Davis Cup winner Dominic Inglot and former world number 43, Aljaz Bedene.

Loughborough University has also entered into a partnership with Loughborough Amherst School which will provide the players with the highest standard of education and pastoral care that complements the students’ training schedule.

“Together we will deliver a transformational development environment for junior players which nurtures the person, performer, and player in all aspects on and off the court. Our approach is both individualised and integrated with the health, happiness, and wellbeing of everybody within our academy our priority.”

“We will actively strive to develop resilient, determined and respectful young people who know their strengths, understand how to embrace the demands of competitive tennis, and take to the court believing they can handle any situation they may encounter.

“We are excited about what the future holds and through the bespoke support network in place are confident the players will flourish in their new environment”.

“Loughborough Amherst School is honoured to be working with Loughborough University in providing an education for future tennis champions in Britain.

“The young players who have joined us are a wonderful addition to our community, and we are looking forward to supporting them every step of the way as they pursue their sporting dreams.”