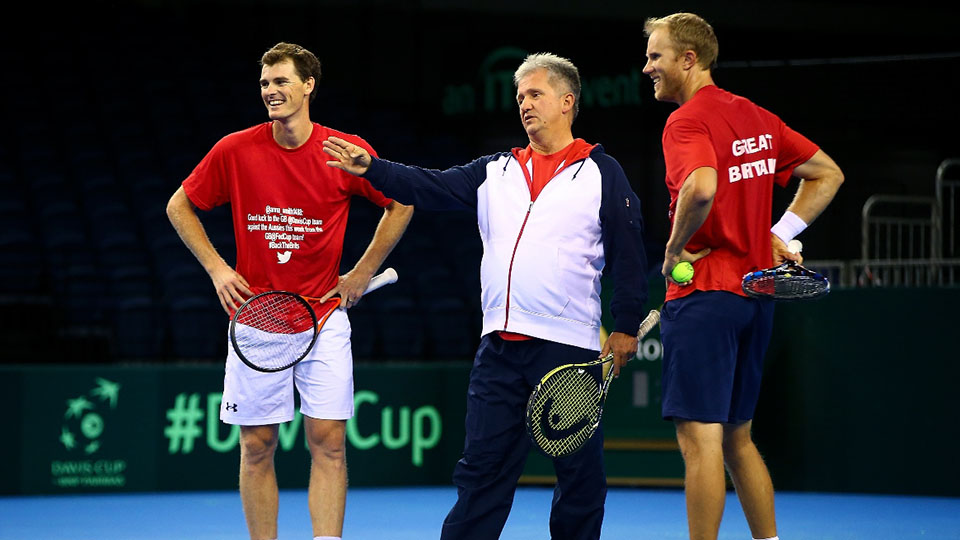 These are the first of a number of National Academy appointments, with Cavaday and Cayer tasked with implementing the vision for the Loughborough Centre, due to open in September 2019 with its first intake of players.

Cavaday will take up his new role at the turn of the year with the goal of creating a pro-level training environment that delivers a holistic approach to development, nurturing both player and person so that they can successfully graduate onto the Pro Scholarship Programme and transition into professional tennis.  One of the most exciting young British coaches, Nick has overseen the progress of ATP players such as Aljaz Bedene and Dominic Inglot into the world’s Top 50 and Top 20 respectively, while also enjoying success with British players across the whole pathway in singles and doubles at both senior and junior level.

Nick Cavaday said this on accepting the role:

“I am delighted to have the opportunity to lead the new National Tennis Academy at Loughborough University and create a programme with Louis Cayer that sets new standards for nurturing the development of talented young players. Working in partnership with the University and Loughborough Endowed Schools, we will create an inspiring environment that will prepare players for success on the pro tours. We will nurture resilient people, skilful players and confident performers so our graduates are equipped for success in life both on and off the court.”

Joining Cavaday in the role of Performance Advisor will be Louis Cayer, who will be able to offer a huge knowledge base to advise and support the National Academy staff to deliver an exciting, world-class development project.  Cayer has worked for the LTA for over 10 years and is widely recognised as one the best coaches in the world.  He has advised GB doubles players at the Davis and Fed Cups, as well as acting as personal coach to multiple Grand Slam winner Jamie Murray.

Louis has exceptional knowledge and experience having coached multiple men, women and juniors into the world’s Top 100 in both disciplines, including six doubles world No.1s.  Prior to joining the LTA, he spent 12 years working for Tennis Canada, where he developed their Coach Education Programme, and was coach and captain of the Canadian Davis Cup team.

“I am delighted to have the opportunity to work alongside Nick Cavaday to create and deliver a world class programme in Loughborough. Nick is one of the most brilliant British coaches I have worked with and I know he will strive to develop British players who are great performers technically, tactically and in a holistic way.”

“This is a major milestone in the development of Loughborough University National Tennis Academy and I’m delighted that we’ve managed to secure such a high level of coaching expertise in Nick and Louis. The academy isn’t only about creating a generation of future tennis stars but also developing coaches and support staff to ensure that the players receive the best possible support. These new appointments will be rubbing shoulders with other world class practitioners and I have no doubt that they’ll contribute to making the Loughborough environment even more special.”

“Loughborough is one of two National Academies that will play a critical role in the implementation of our Player Pathway, which sits at the heart of our new 2028 Performance Strategy.  I have no doubt that Nick’s and Louis’ appointments will strengthen our plan to make Britain one of the most respected nations in the world for tennis player development.”