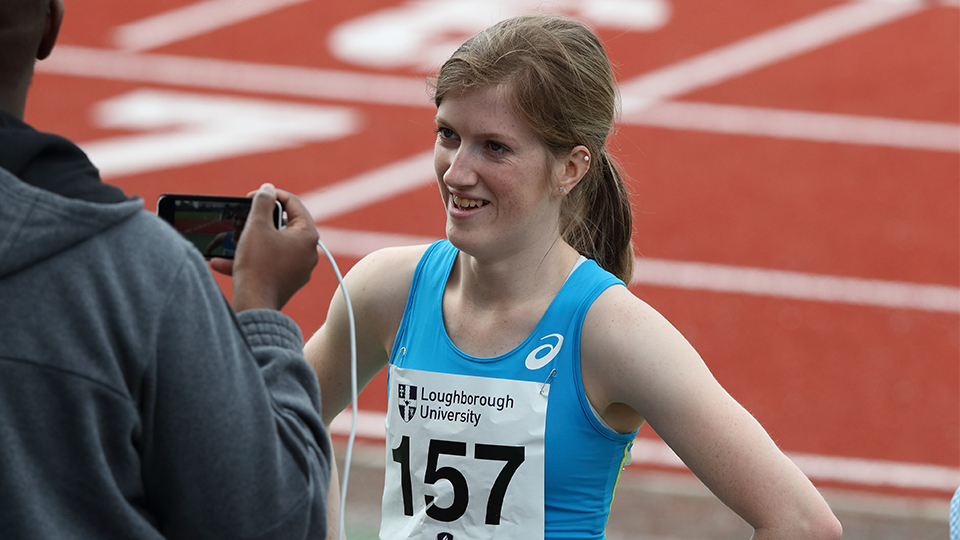 Hahn broke her own world record in the 200m - previously set at Loughborough International – bursting clear of the field and easing home in 25.92 seconds.

The 22-year-old also secured another world record in the 100m, clocking a time of 12.38 seconds as she continues her dominance in the T38 Sprints.

“That was absolutely incredible,” Hahn said. “I have no idea where that world record came from.

“I had no idea what was going to happen - I just wanted to go from A to B as fast as possible. I’m in shock. It’s been a perfect couple of days.”

There was also success in the 100m as Loughborough scholar Thomas Young took silver, narrowly missing gold in a photo finish.

It was a strong week for Hannah Cockroft, who retained her T34 800m title by setting a new championship record of one minute 57.27 seconds. It was Cockroft's second gold medal as she was also victorious in the 100m title.

There was also success for Hollie Arnold as she won her fourth consecutive F46 javelin world title with a throw of 44.73m.

Elsewhere, Britain's Olivia Breen won bronze in the T38 long jump, and Richard Whitehead secured silver in the T61 200m title. Libby Clegg, who was making her return to the international stage following the caesarean birth of her son, qualified for the T11 200m semi-finals after finishing second in her heat.