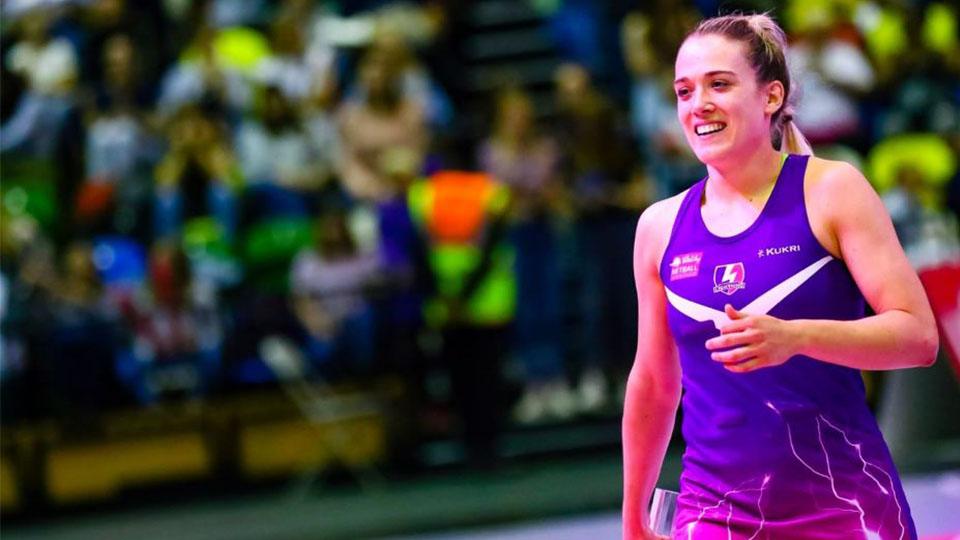 The mid-court player has enjoyed a fine season for Lightning, helping Sara Bayman’s side to a fourth-place finish in the Vitality Netball Super League. She will now join Tracey Neville’s 12-strong Red Roses squad for the tournament in Liverpool which runs 12-21 July.

“It’s absolutely amazing to be called up for the World Cup. I’m living a childhood dream of mine to be selected for a major tournament and I still can’t believe it,” Nat said.

“Since the Commonwealth Games, we’ve seen an incredible amount of interest in the sport and an increase in the number of people now playing netball. We’ve got our home fans cheering us on in Liverpool, so I can’t wait to step out, see everyone’s faces, and hopefully live up to expectations and get that gold.”

Panagarry’s call up caps an excellent year in which she was awarded both Loughborough Lightning’s ‘Coaches Player of the Year’ and ‘Fans’ Player of the Year’ for her efforts during the 2019 campaign. Nat was also named in the Vitality Netball Super League All Star VII, voted for by all teams within the league.

Nat explained the role Loughborough University played in her selection:

“At Loughborough the facilities and structure we have are phenomenal, and I don’t think any other franchise comes close. The amount we can access as players - both on court and off court - is amazing and I couldn’t be more thankful to Loughborough, and of course Lightning, for making me the player I feel like I am today.”

“We, at Loughborough Lightning, are so proud of Nat. This is a product of all her hard work, commitment and drive to be better. She is thoroughly deserving of the place in the squad and we know she will be a great asset to the team. We wish Nat and the team all the very best in their quest to win the World Cup.”

The Red Roses go into the tournament as second favourites and have been drawn in Group D alongside Uganda, Scotland, and Samoa.