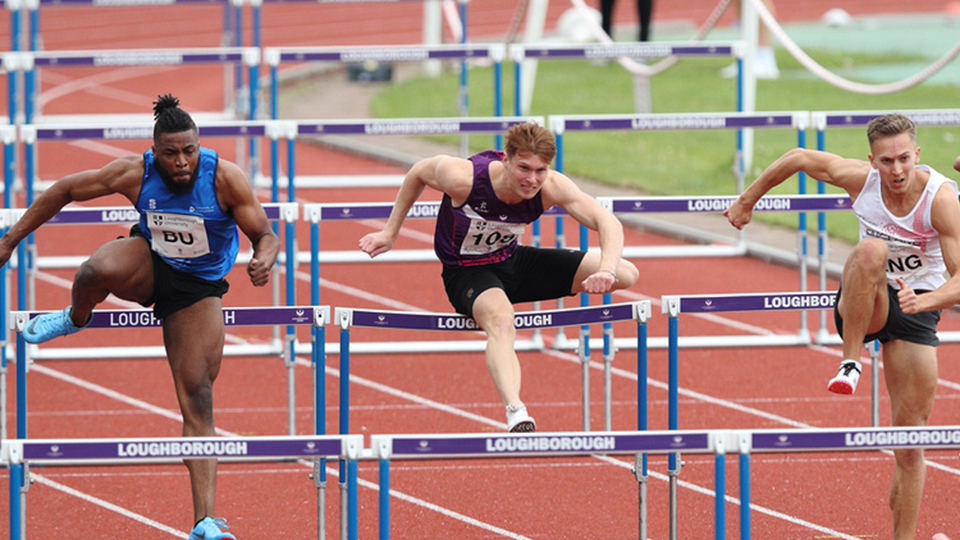 Loughborough University will once again be well represented at high-profile athletics meetings this summer, with a total of 17 athletes called up to Team GB.

Firstly, 14 Loughborough athletes will be at the European U23 Championships in Gălve, Sweden, (11-14 July), competing in hurdles, discuss and the 4 x 100m relay respectively.

The competition, partnered with Eurovision Sport, will be held at the Gunder Hägg Stadium with 1,105 athletes taking part from 50 different countries. To date, Loughborough has provided thirteen gold medal winners in the European U23 Championships since its inception in 1997.

The full list of athletes due to compete can be found below:

Later in the month, the European U20 Championships in Borås, Sweden, will see Joshua Lay, Seamus Derbyshire, and Georgia Adam compete in 1500m, 400m hurdles and 200m. Seamus recently competed in the Mannheim Gala in Germany and was joined by Felicia Miloro in the Pole Vault.

Two alumni and one current student will also be heading to Lutsk, Ukraine, on 6-7 July for the European Combined Events Team Championships Super League. Ben Gregory will be competing in the Decathlon, alongside Katie Stainton in the Heptathlon, who will be joined by second-year Architectural Engineering and Design Management student, Ellen Barber.

“It’s great to see such a large Loughborough contingent selected for what will be highly-competitive competitions, bringing together some of the best in athletics in the world.

“As a club, we have enjoyed a fair amount of success in the European U23s and beyond, and it is great to see the hard work of our athletes and coaches paying off. We wish them all the very best.”

More information on Loughborough’s Performance Athletics can be found here.