Lightning look to strike thrice in the Tyrrell’s Premier 15s 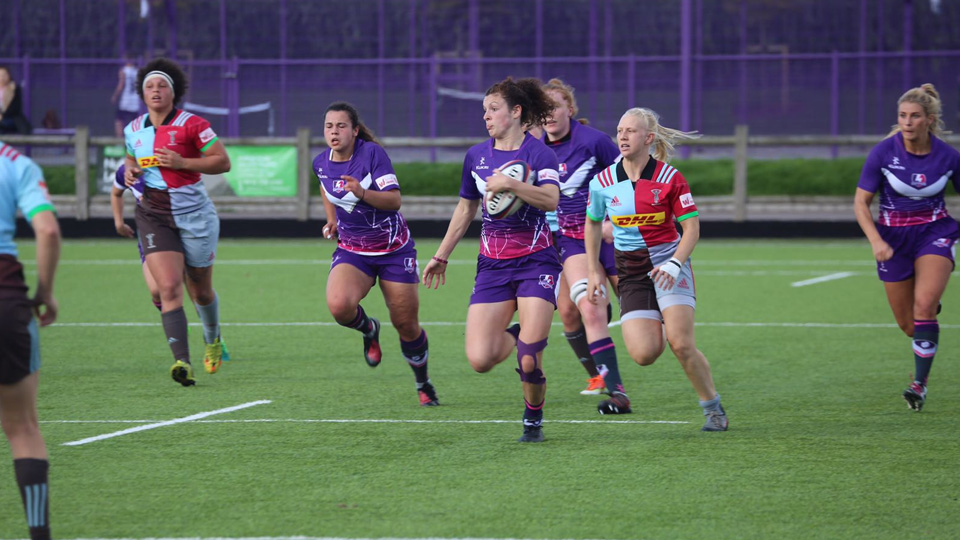 Currently sitting second in the table, Lightning look to keep a clean sheet as they welcome Harlequins to a busy Loughborough campus on Saturday 22nd September.

The game, which forms part of a triple header with the Loughborough Men’s National One game, against Cinderford RFC, and Lightning 2nd who take on Harlequins 2nds in the Development league, will kick off at five on the 1st XV pitch on Epinal Way.

After a fantastic performance in front of the Sky cameras last week, a relatively unchanged Lightning team will take to the pitch against Harlequins. Jenny Maxwell steps into the starting 15, following her return from a very successful campaign with Scotland Seven’s who secured their place in next year’s Rugby Europe Grand Prix Series after finishing third in Kazan, Russia.

“Going into this weekend against Harlequins is another opportunity to keep building momentum after a strong start to the season. This weekend sees us play one of the top teams in the competition, so is a chance to really test ourselves under a bit more pressure and keep our home record strong. Harlequins are strong and have some world class players in Rachael Burford and in their pack. We need to stop them gaining any momentum, get hold of the game and stamp our authority from the start. We are confident going into the game, but it will be a challenge.

It’s the first development league game today which is fantastic as the extended squad can gain game time, as well as players returning from injury.”

Lightning’s 5pm kick-off is free of charge, so head down to campus and show the ladies your support.