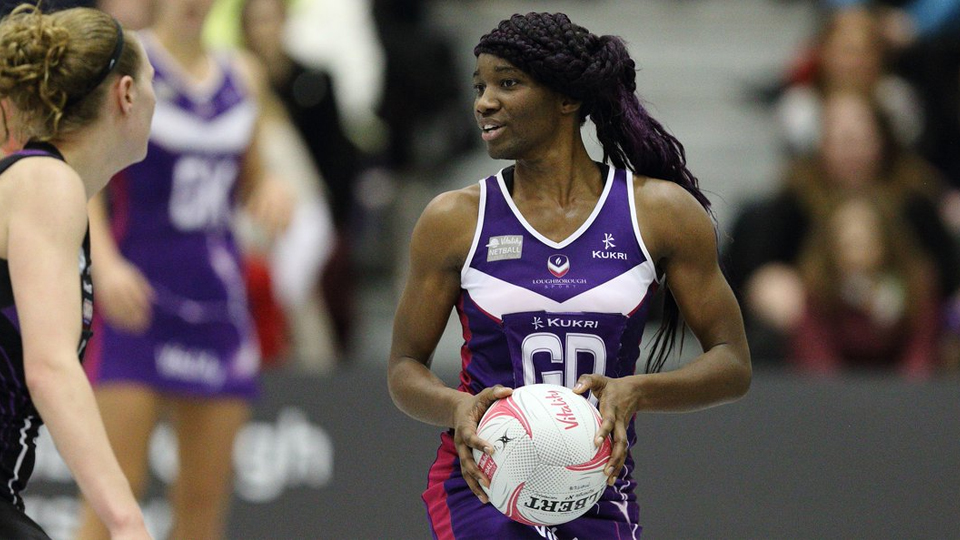 Three Loughborough alumnae were part of the England Netball Team which took two awards at Sunday’s BBC Sports Personality of the Year (SPOTY).

Ama Agbeze, Jade Clarke and Jo Harten were part of the England side awarded Team of the Year and Greatest Sporting Moment of the Year at the ceremony in Birmingham.

The awards conclude a memorable year for England Netball, who won their first ever Commonwealth Games gold medal on the Gold Coast last summer.

In a dramatic final – the first to feature a team other than Australia and New Zealand – the Red Roses beat hosts Australia for the first time since 2013, scoring in the dying seconds to win 52-51.

The last-gasp winner beat off competition from four other sporting moments from 2018, including the England football team’s first-ever World Cup penalty shootout win and Alistair Cook’s century in his last England Cricket appearance. The award, new for 2018, was decided on a public vote.

Speaking at the SPOTY ceremony, captain Ama spoke of her pride at receiving the awards:

“It has been a very long journey. It's taken years and years and we've never won a gold medal in any event.

“It's been a long slog. Netball is the ultimate team game. Team sport is very tough. We hope there will be many more gold medals to come.”