In 2019 the National Futsal Series was launched across the men's and women's game. Loughborough Students Futsal first team compete in Tier 1 of NFS with the development squad competing in Tier 2.

The current FA Futsal male pathway sees the NFS Tier 1 at the top of the pyramid with Champions League Futsal available for the winner of the series, directly below sits Tier 2 with promotion to Tier 1 possible for the league winner.  Players representing Loughborough Students Futsal club are either current students or alumni. 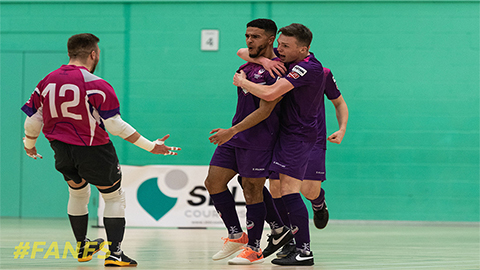 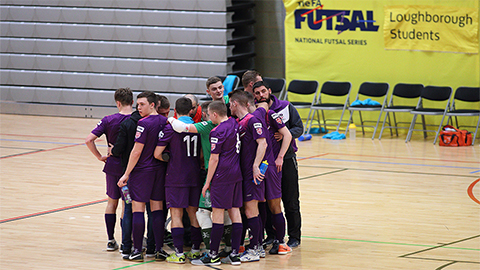 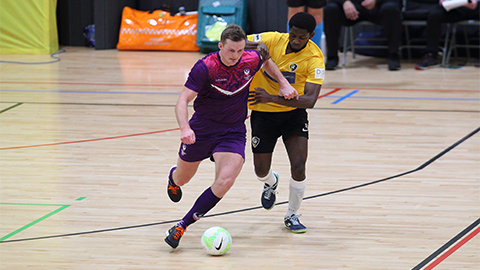 Squad Information for our first team and development squad.

Current Futsal UEFA B qualified João Almeida joined Loughborough Students Futsal Club in 2017. João started his coaching career at 17 coaching at his local futsal team in Portugal, progressing on with his early coaching career he opened his first futsal academy at the age of 19. In the first year of this Academy the U17's were runners-up in the National Cup, following this he progressed to coach the academies U19 team resulting in becoming National Champions.

Joao first managed in the Portuguese First Division at the age of 26 before progressing onto coach the National Team of Bahrain for 3 years, with the remit of developing internal competitions and grassroots futsal as well as building a programme for the future of the game in Bahrain. During his time coaching the national side they qualified for the Asian Cup for the first time and progressed up the rankings to 8th in Asia.

Current candidate Futsal UEFA B and Football UEFA A. Jose Llorente joined Loughborough Students Futsal in 2015. Being part of the coaching staff who took for the first time a Dev Team into the FA Cup Final Four in June 2017.

Jose started his coaching career at 22 years old coaching on a Primary School with the futsal team while doing a PE teacher placement. A few years later he continued, he combined his futsal coaching with football.

Relocated in 2013 to the UK, first helped a local grassroots team to integrate futsal within the club offer and then moved to Leicester City RTC where he worked with the U17 to U11, developing promising female players. On his last year at Leicester City RTC, he was named futsal specialist developing twin track on the U10 and U12.

In 2018 parallel to Leicester city RTC and, Jose worked at UoN with the second team reaching the football Conference Cup final in May 2019.

In 2019 Jose moved into Loughborough College leading the football second team to finish top on the league table and became Head Coach of Woman’s Futsal at the University of Loughborough, helping the second team to be a double runner up (League and Conference Cup) and reach the last 8 with the First team.

Get in touch with the Loughborough Futsal team.