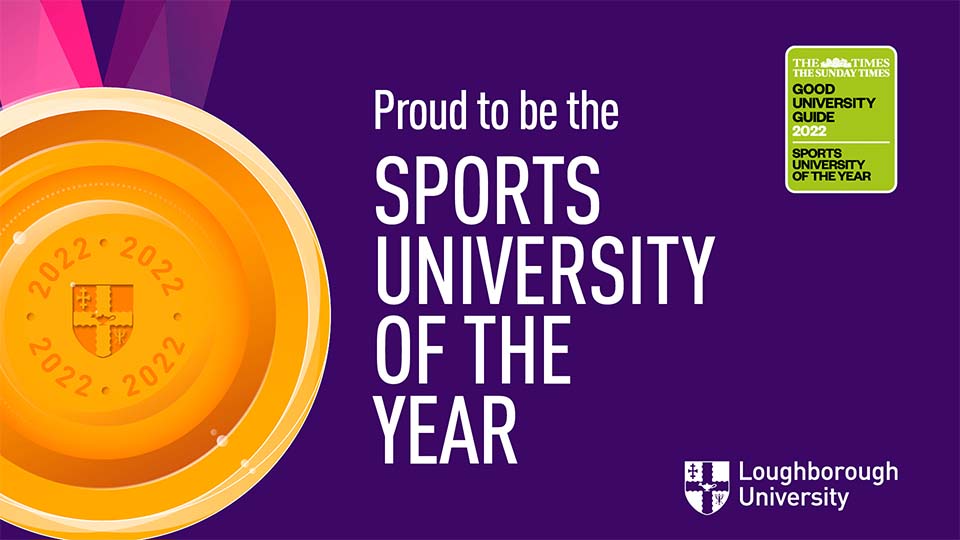 Loughborough has been named University of the Year for Sport by The Times and Sunday Times Good University Guide 2022.

This is the third time it has won the prestigious title, this year it is in honour of its unparalleled role in the success of the British Olympic and Paralympic teams in Tokyo.

Loughborough also features in the Guide’s top-10 again – out of 135 universities – and was the highest ranked university in the region.

Alastair McCall, editor of The Times and Sunday Times Good University Guide, said: “Team GB would appear a lot less frequently on the medal podium at Olympic and Paralympic Games were it not for Loughborough. Sports University of the Year for a third time, Loughborough is a fully-functioning medal factory when it comes to international sporting competition, as proved once again in Tokyo this summer.

“With the best university sports facilities this side of the Atlantic, elite athletes base themselves here to make themselves even better, while the high quality of coaching ensures that new talent is unearthed and developed at the same time.

“With a track record at Olympic, European and World championships in multiple sports that is better than most countries, Loughborough is top of the podium once again as our Sports University of the Year.”

John Steele, Loughborough’s Executive Director of Sport, added: “For Loughborough University Sport the last year has been an unprecedented experience.

“We made a commitment to our students, athletes and staff to create the best sporting environment possible within the restrictions placed on us by the Covid 19 pandemic. We have had to be adaptable, innovative and resilient to achieve this; not only for student experience but also for preparing athletes, coaches and leaders to travel safely to, and perform in the Tokyo Olympic and Paralympic Games. And all this activity is backed up by expert research from our academic colleagues.

“The results were the best performance we have ever seen from Loughborough Sport athletes and coaches. We are delighted that this has been recognised by such a prestigious award.”