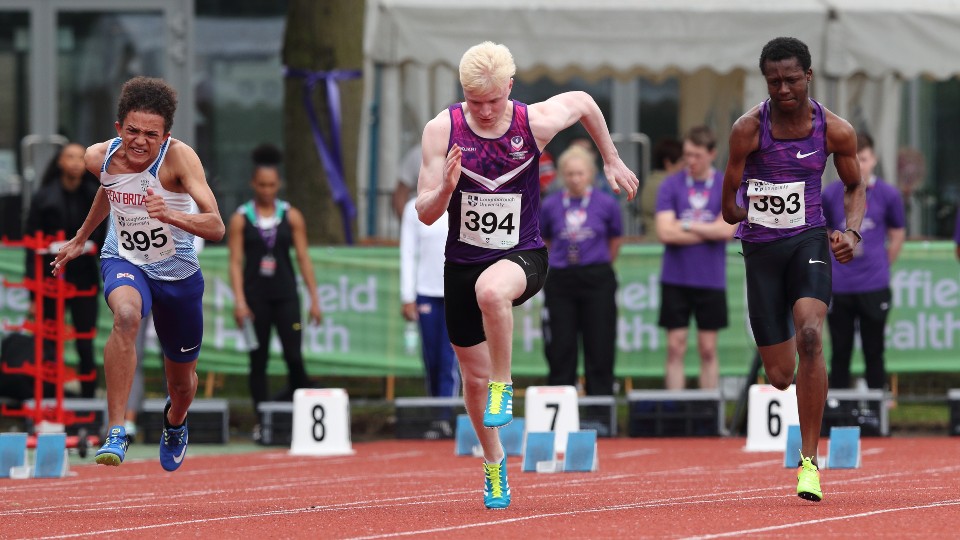 Thomas Young (left) and Zak Skinner (centre) have been included in British Athletics World Class Plan (WCP) for the 2021/2022 season.

Nine current Loughborough Scholars have this week been offered a place on the British Athletics World Class Plan (WCP) for the 2021/2022 season.

They are joined by first-year Loughborough student Luke Nuttall (Alison Wyeth) who made his Paralympic debut in Tokyo over the T46 1500m and who has been rewarded with a place on the WCP at Paralympic Confirmation level.

The students took to social media to express their delight, with Emily Borthwick announcing: “It took 5 years and everything else to get to this point. Thank you British Athletics for your support, I can’t wait for next year”. Holly Bradshaw tweeted, “Very grateful to be supported by the WCP again for this upcoming year. Absolutely makes all the difference”.

With such a wealth of top-class athletes using Loughborough as their training base, a further 20 Loughborough-based athletes will be on the WCP for the next year including alumni Morgan Lake, Jonathan Broome-Edwards, Dan Greaves, Taylor Campbell, Jess Turner, Emily Diamond and Beth Dobbin.

The full announcements can be found online: