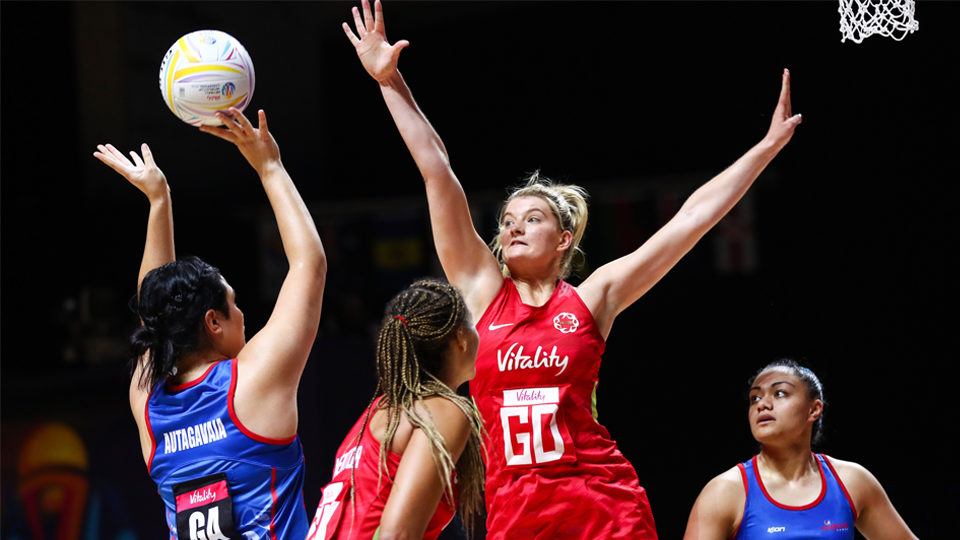 Moving from midlands rivals Wasps Netball, the World Cup bronze medallist completes Lightning’s roster for the season with her signing a major coup for Sara Francis-Bayman’s side.

A title winner in 2017 and 2018 with Wasps, Williams will balance her centralised training programme with England Netball at Loughborough University in 2022 alongside her commitments to current Superleague champions, Loughborough Lightning.

Williams will join up with fellow Roses players Nat Panagarry, Hannah Joseph, Ella Clark and Beth Cobden, who were all recently confirmed as returning to Lightning for 2022.

Williams – who has 18 caps for the national side – competed alongside new teammate Nat Panagarry in 2019 as England secured the bronze medal at the Netball World Cup.

The 23-year-old has found herself a regular in Head Coach Jess Thirlby’s line-up after debuting in the senior squad just three years ago.

“I am super excited to be joining Loughborough Lightning for this season. I’m looking forward to a new challenge and developing my game further.

“After Lightning’s 2021 success, I feel privileged to have the opportunity to learn from the team and to help retain that winning title.”

"Fran provides the missing piece in our defensive puzzle and we're thrilled to have landed such a huge talent. She's a multiple Superleague champion and is still so young that we're very excited about the future potential she has."

Williams becomes the final piece in Lightning’s star-studded line up for 2022 and with Fast 5 shortly on the horizon make sure you get your tickets now to watch the new look side in action for the first time!