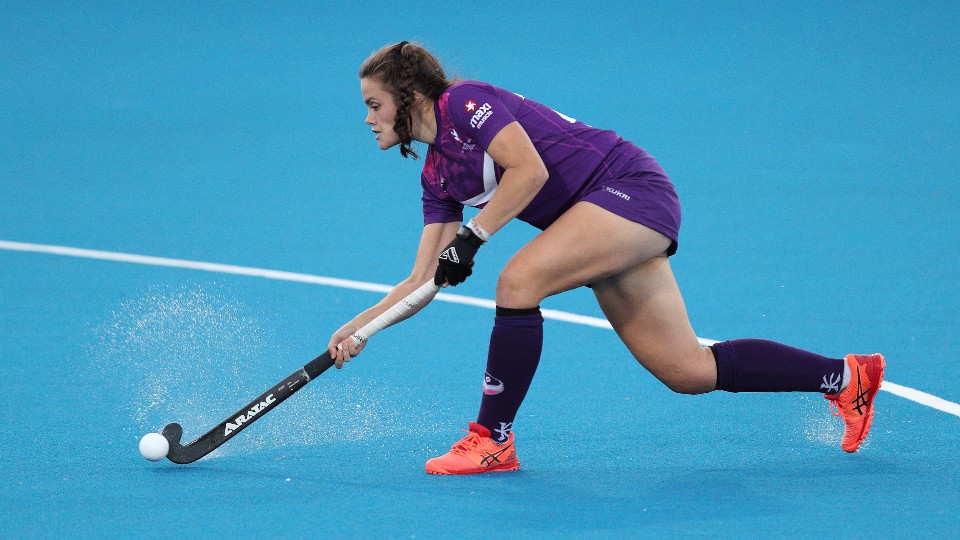 Lorna Mackenzie (pictured) has been called up to the England Hockey U-21 side alongside fellow Loughborough students Izzy Petter and Olivia Hamilton while Ellen Reid has been called up by Ireland. Image provided by Still Sport Photography.

Three Loughborough students have been called up to England Hockey’s squad for the upcoming Junior Women’s World Cup in South Africa.

Olivia Hamilton, Lorna Mackenzie, and Izzy Petter will all join up with the team for the tournament taking place in Potchefstroom between 5-16 December.

The side, which will also be captained by Loughborough’s Hamilton, have been drawn in Group B alongside Belgium, Canada, and Uruguay.

Izzy Petter has enjoyed recent success on the international stage as she played a key role in the GB women’s team that won bronze at the Tokyo Olympic Games.

Defender Lorna Mackenzie will also look to make a positive impression after a series of strong performances in Loughborough colours.

Elsewhere, fellow student Ellen Reid has also been called up to the first-ever Ireland squad to make the U-21 World Cup.

“To have three of our players selected for the England U-21 team is fantastic news for the programme.

"It will also be a fantastic experience for Ellen to be part of the Ireland set-up for their first Junior World Cup.

“Izzy, Olivia, Lorna, and Ellen have all worked tirelessly on their game and thoroughly deserve their call-ups. We wish them the best of luck in South Africa.”