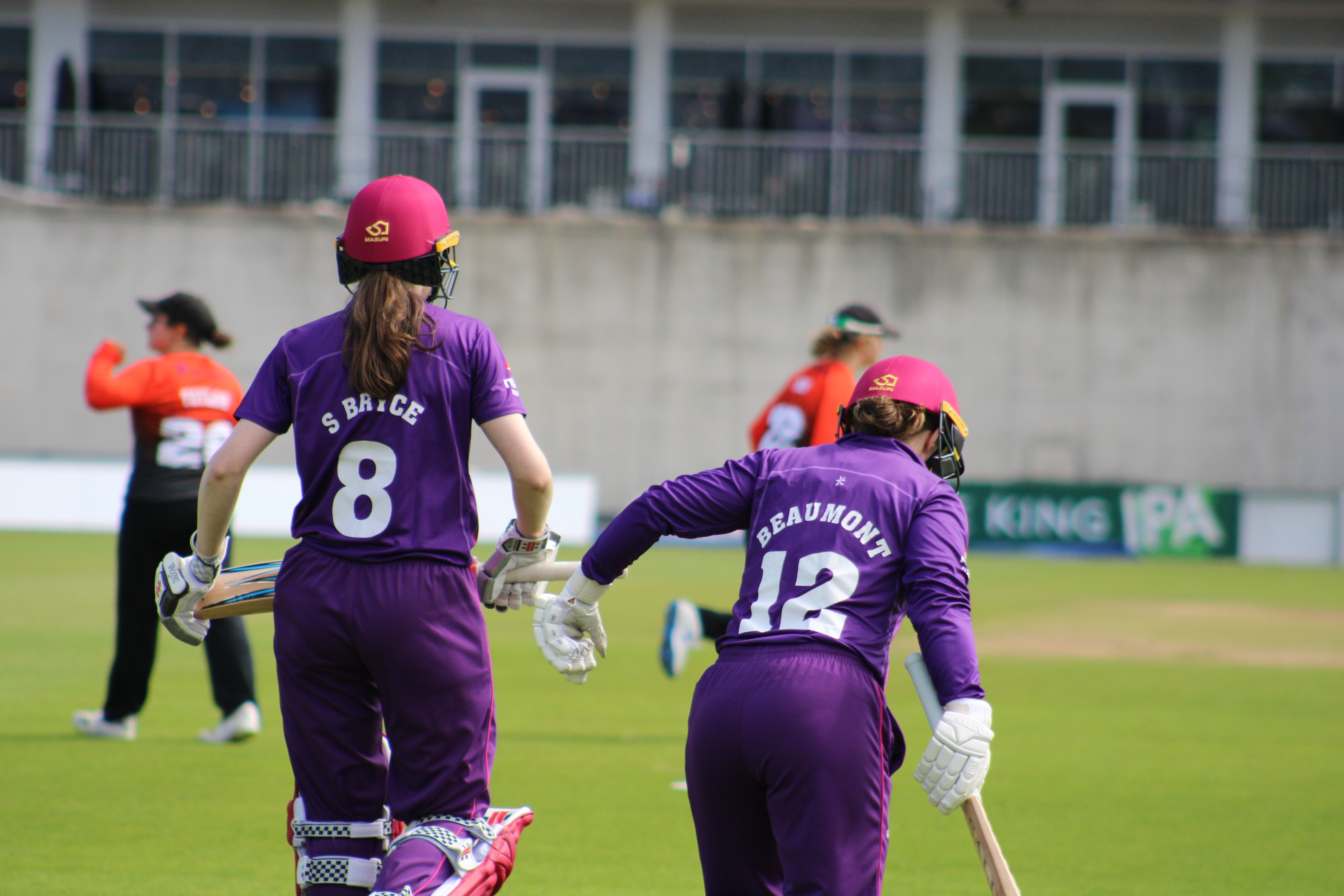 After a long trip down to the Ageas Bowl, Lightning won the toss and elected to bat first.

Sarah Bryce and Tammy Beaumont opened the batting for Lightning. It was a difficult start to the innings with Sarah Bryce being caught early by Bell in the first over and was dismissed for 0. Tammy Beaumont steadied the run scoring while wickets fell around her with Kathryn Bryce being caught for 13 by Scholfield. Abbey Freeborn was then bowled for 9 by Elwiss leaving Lightning 42-3. Michaela Kirk was dismissed for 0 shortly after Freeborn in the 9th over. Sonia Odedra stood firm until the 19th over where she was caught by Dean for 15. Tammy contributed a fine 57 before being caught in the 33rd over. Lightning were 137-6 when the wicket of Beaumont fell. Lucy Higham and Teresa Graves both contributed 32 to Lightning’s total. Going into the final ten overs Lightning were 163-7, late runs from Kirstie Gordon (11) and Yvonne Graves (21) saw Lightning finish on 214-9 after 50 overs.

After the innings break Lightning could not find an early breakthrough with Adams and Wyatt reaching a 50-run partnership in 9 overs. However, a standout bowling performance from Kirstie Gordon (4-35) saw Lightning gain some ground back with the first wicket of Adams coming in the 11th over. The wicket of Wyatt fell in the 19th over with Tammy Beaumont taking the catch of Gordon’s delivery. To complete the four-wicket haul, Sarah Bryce took two catches from behind the wicket to dismiss Bouchier and Elwiss off Gordon’s deliveries. The other two wickets came late in the day with Kirstie Gordon taking the catch off Teresa Graves delivery this time. Kathryn Bryce (caught and bowled) then took the sixth wicket of Windsor for Lightning in the 46th over. However, Vipers managed to chase down the total with four wickets to spare to take the win in the opening game.

We can take away some real positives for what is obviously a disappointing start to the season. With both bat and ball, we found a way to get behind the game but then fought our way back into it.

Lightning look to build on today’s performance and return to the field on Monday when we take on Northern Diamonds at Kibworth CC.

*Please note the game on the 31st May will be played behind closed doors, we look forward to welcoming the Lightning family back as soon as it is safe to do so*